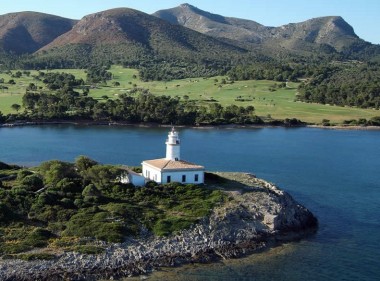 Mallorca (Spain) – March 16, 2014 – Club de Golf Alcanada’s director of golf, Kristoff Both, has been honoured for his work in promoting Mallorcan golf tourism, back in his home country of Germany.

Both, 39, was heralded at the recent Rheingolf, in Düsseldorf, Germany’s largest public golf show, and was presented with a special token of appreciation, the Mallorca Golf Card Award, by the show’s organiser, Michael Jacoby.

The honour was afforded the affable Hamburg-born graduate of South Carolina’s Golf Academy of America, as a result of his 13 years’ work on the sunshine island – firstly at Son Antem and, since 2003, at the multi-award-winning Alcanada.

Jacoby said: “Germany is a large catchment area for Mallorcan golf tourism and Kristoff has worked tirelessly for nearly 14 years on the island to ensure that golfers have access to only the very best facilities at both of the venues. And he’s been very active in promoting Mallorcan golf back here in Germany.

“Small wonder then, that Alcanada is such a popular destination for German golfers these days, as shown by its string of awards.”

Both, a member of the Association of Spanish Golf Managers, said: “It was such a shock to be told I would be receiving this commendation. I attend Rheingolf regularly as it’s important for Alcanada and, to be honest, I always enjoy an excuse to return to my native country.

“To hear somebody of Michael’s stature saying such nice things about me was most gratifying, if a little embarrassing. As always, it’s a real honour to be recognised by one’s peers and I assured Michael I would maintain the high standards German visitors to Mallorca have come to expect.”

Fluent in English, Spanish and, of course, his native tongue, Both undertook a two-and-a-half-year internship in hotel management at the then Marriott Hamburg Treudelberg Golf & Country Club, now the Steigenberger Hotel Treudelberg, in the mid-1990s.

He then spent a year working in Mallorca before moving to the US for a further two-and-a-half years to study golf management at Myrtle Beach, achieving a diploma as an honour student in ‘golf complex operations and management’.

Since 2003 his efforts have helped Club de Golf Alcanada win a stream of accolades including, most recently, being acclaimed the most highly-rated course in the Balearic Islands, according to Golfboo, the world’s first golf travel search engine.

That was just the latest in a stream of accolades for the Robert Trent Jones Jr-designed course which celebrated its 10th anniversary in 2013. Last year users of the popular website 1golf.eu voted Alcanada their ‘favourite European course’ for the third successive year, while readers of the leading German magazine Golf Journal, chose the venue as their favourite course in Europe … for an unprecedented fifth successive year!

Situated in the north region of Mallorca in a breathtaking location overlooking the Bay of Alcudia, Alcanada’s 18-hole championship course opened in October 2003. Adjacent to the Mediterranean – the only course next the sea on the island – the 6,499m course blends naturally into the typical Mallorcan terrain and takes its name from an island with a lighthouse, situated just offshore, which can be seen from most of the holes.

Magnificent mountain and sea views and a mixture of pine and olive groves provide the splendid setting for a round at Alcanada and the course is recognised by the golf industry as one of the finest venues in Spain and Europe and is a founder member of The Leading Golf Courses of Spain collection.

In addition, the club boasts a centuries-old Mallorca clubhouse which offers guests the opportunity to sample regional specialties in its first-class dining facilities on a sun-baked terrace. A comprehensive golf academy including a spacious short game area and covered driving range are also available. 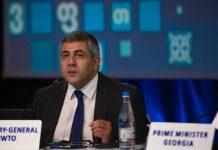 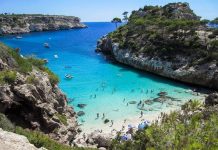 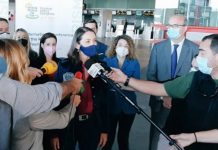