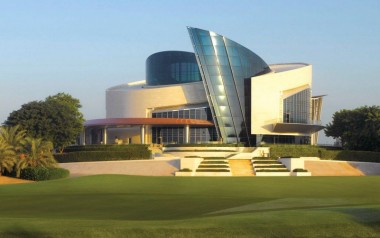 Wishaw (United Kingdom) – March 17, 2014 – The annual 59Club awards, presented by Europe’s leading golf-specific mystery shopper service and regarded by many as the ‘Oscars’ of the golf service industry was recently hosted at The Belfry, UK. Al Badia Golf Club, home of the European Challenge Tour Grand Final, has been awarded “Gold Flag” status from their benchmarking company 59Club for providing an unrivalled member and guest experience from the club, highlighting the great golf course presentation and golf operations along with their Food & Beverage excellence.

Al Badia not only celebrates being one of the first golf clubs outside the UK to win a gold flag award, but managed to do so within their first year of being part of 59Club and has seen them ranked alongside Wentworth and The Belfry in the UK.

59Club benchmark all aspects of the golf club experience from both a member and guest perspective, even having a mystery member integrating into the membership to see the full experience. 59Club aims to seek the best individuals and teams in the golfing industry and work with over 100 golf clubs throughout Europe and the Middle East of which only four clubs received Golf Flag status.

James Shippey, golf club manager said: “For us to be awarded the gold flag award in our first year is something of which we are immensely proud. We have been focused on improving all aspects of the club, and in many areas we have achieved these improvements quicker than we expected – although we are always striving for further improvement and to continue our development as a golf facility – with the aim of becoming the industry leader.”

59Club is fast becoming the industry standard for measuring and comparing customer-service levels and analysing all key revenue streams for golf venues, and is committed to the on-going development of club managers and PGA professionals.

Golf in the Wide Open Spaces of Switzerland’s Engadine Valley 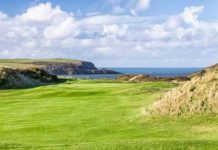