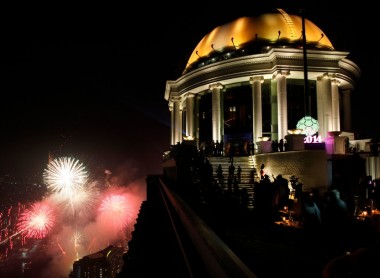 Bangkok (Thailand) – January 1, 2014 – A New Year’s Eve Tradition Begins: At last, Thailand has a New Year icon of its own – the Bangkok Ball Drop at lebua, which is the world’s highest ball drop at the world’s highest alfresco restaurant, Sirocco. The Bangkok Ball Drop at lebua has a total height of 266 meters, including the 15 meter pole from which it descended during the countdown to 2014. This is substantially higher than the New York’s Times Square ball drop.

The multi-colored ball features 2,950 LED and 50 strobe lights, with its total structure weighing 1.2 tons. It could easily be seen for more than 1.8 kilometers from the city’s North East to South East.

When the Bangkok Ball Drop at lebua – Thailand’s first of its kind – landed at its resting place on its base at Sirocco restaurant as the clock struck midnight on New Year’s Eve, the whole world gasped in surprise. Thailand had never had a significant New Year celebration before, and though the city’s skyline has always achieved unprecedented displays of fireworks on the last night of the year, New Year celebrations in the country had formerly revolved around champagne, feasts and countdowns. Never before in the history of Thailand had there been a ball drop – not to mention the world’s highest, given the height of the building where it took place.

Says CEO of lebua Hotels & Resorts Deepak Ohri on the night of the balldrop: “Some of our guests didn’t know there would be a ball drop tonight. We were already fully booked by the time the plans were fully realized, so we decided to make it a bit of a surprise.” Looking around at the smiling diners, he added: “I am really happy with the results. The Bangkok Ball Drop has been a huge success.”

The lebua ball, at 2.1 meters (seven foot) in diameter, is to be an annual event, and is set to put Thailand’s capital city on the world map of New Year celebrations. “I expect it will grow of its own volition,” the CEO remarked.

In appearance, the lebua ball is similar to a football, with 20 hexagons forming its strong steel structure along with 12 pentagons, but with a transparent fabric rather than leather filling the spaces between. The steel frame also carries the ball’s 2,950 LED lights within the ball, complemented by 50 carefully placed strobe lights. Search lights from each corner of the venue’s perimeter provided the ball with an aura and brightness that gave the latest New Year’s Eve icon a distinctly Asian accent.

The ball was easily seen for more than 1.8 kilometers (1 mile), from the North East to the South East of the city, giving the icon more visibility than any other in Bangkok. Yet it was the guests at lebua’s three altitude-defying restaurants – the legendary alfresco Mediterranean restaurant, Sirocco; the fine dining mecca Mezzaluna; and the authentic Asian outlet Breeze, with its neon-lit central bridge – who best enjoyed the views of Bangkok’s latest New Year’s Eve phenomenon. Those who have purchased drinks at Sky Bar and Distil will also delight in a bird’s eye view.

Sirocco restaurant and Sky Bar, the ‘bar within the restaurant’, both celebrated their 10th year anniversary this December and nobody could think of a better way to celebrate than this. As fireworks filled the sky, the ball, overlooking the renowned Sirocco restaurant, seemed more like a moon than a ball, especially with its translucent fabric covering that rendered the ball more moon-like than its Times Square sister.

Feasting on New Year’s Eve at Tower Club at lebua’s three sky-reaching restaurants has always been an occasion to relish, thanks to the to-die-for views and exclusive cuisine and service. Mezzaluna’s feast is well known around town as being the evening’s most expensive restaurant dinner, while the decade-old Sirocco has been featured on countless magazine covers, not to mention as part of the most important scene of The Hangover Part II. Meanwhile, Breeze’s neon-lit bridge is a vastly impressive venue, whose delicious Asian food matches, and sometimes surpasses, international plating standards.

The ball is in your court this New Year’s Eve. Be a part of Bangkok history as you participate and help spread the word about the city’s first year-end celebrations’ icon.

Ball Facts and Figures
• During the countdown, the ball will descend from a 15-meter (49-foot) steel pole, situated 266 meters (872 feet) above the ground.
• The ball is 2.1 meters (7 feet) in diameter, comprised of 20 hexagonal and 12 pentagonal steel pieces covered with translucent fabric.
• The ball contains 2,950 LED lights and 50 strobes.
• The ball is visible from a minimum of 1.8 kilometers (1.1 miles) away.
• The ball structure weighs 1.2 tons.
• The ball structure was constructed by 50 Thai engineers and craftsmen in 40 days.

About lebua Hotels & Resorts:
lebua Hotels and Resorts is a growing international luxury brand that operates distinctive hotels, fine restaurants and bars. Led by visionary CEO Deepak Ohri, lebua takes a unique approach to hospitality that aspires to tap into a deeper level of exchange with our guests, one that goes beyond money-for-services to create emotional connections. This occurs when every moment spent with us is uniquely memorable, infinitely personal, and simply exceptional – and we believe that life’s truest luxuries are those that are built around these moments. This iconoclastic approach to the concept of luxury, along with lebua’s emphasis on continuous operational improvement, has led to worldwide recognition and numerous awards, and made Mr. Ohri a highly sought-after speaker at international conferences and leading business schools.

Stunning dining and beverage venues play an integral part in forging these emotional connections. At The Dome at lebua, our collection of restaurants and bars atop our Bangkok-based flagship properties, the vistas are breathtaking and unmatched, and the caliber of mixology, food preparation and innovative cuisine attracts epicures from around the city and the world. These include Sirocco, the world’s highest open air restaurant; Sky Bar, named “the most stunning rooftop bar you’ll ever see” by the New York Times; and Mezzaluna, the city’s fine-dining mecca. 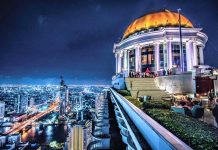 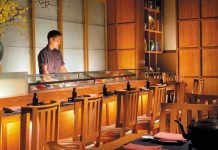