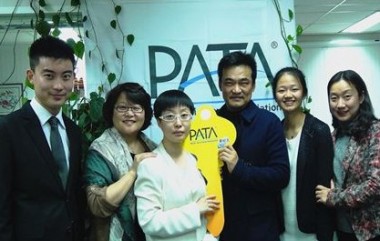 Bangkok (Thailand) – November 26, 2013 – The Pacific Asia Travel Association (PATA) has appointed Mr Bo Wu as Regional Director-China, effective December 30, 2013. He replaces Ms Kate Chang, who served in the position for eight years and who has been invited to assume the position of Chairperson of the PATA China Chapter next year.

Prior to joining PATA, Mr Wu served as Executive Director of the State of Hawaii Office in Beijing. His extensive knowledge of China’s travel industry helped build successful two-way tourism, aviation, business and educational exchanges between Hawaii and China. Before his Hawaii State Office role, Mr Wu spent 10 years in the China National Tourism Administration (CNTA), most notably as Deputy Director of the America and Europe Division of CNTA.

Mr Wu is known within the travel industry in Northeast Asia for his effective relations with China’s government institutions at national and regional levels. He is acclaimed for his consummate networking and low key but proactive approach that serves both China and client partners well.

The PATA CEO, Martin Craigs, said that the new appointment demonstrates PATA’s ever-stronger relations with the China travel industry and CNTA. “Our engagement of Bo shows PATA consolidating its close relations and building on its successful track record in China, the world’s largest visitor economy. Bo’s intimate understanding of the tourism industry in China gives PATA many exciting new opportunities to build business for members.”

Mr Craigs saluted the work of outgoing China Regional Director, Kate Chang. “Kate opened the door for PATA in China and served the Association with distinction. I am very pleased that Kate will remain in the PATA family via the PATA China Chapter.”

Mr Wu will be based in PATA’s Beijing office, and looks forward to welcoming members who visit China.

The Association publishes numerous specialist reports and in-depth publications on China, both as an inbound and outbound entity.