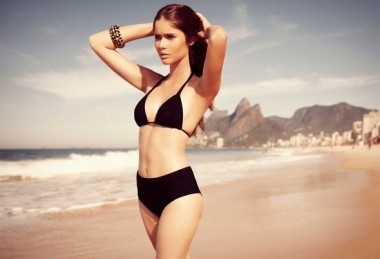 Brussels (Belgium) – October 28, 2013 – Eduardo Santander, Executive Director, European Travel Commission, the tourism body responsible for promoting Europe as a destination, has said that the spotlight will be on developing business with Brazil at the upcoming World Travel Market (WTM) in London next week, where he is planning to announce a new initiative to increase visitors from Latin America’s largest country at a Press briefing on Tuesday, November 5th 2013 at 12.30 pm, Platinum Suite 5, the International Press Centre, Level 2, ExCeL, London

Additionally the film director, Sir Alan Parker will introduce “Roll the Dice”, a new short film promoting Europe as a destination. The film was commissioned by the European Travel Commission (ETC) and produced by Screen South following an international competition entitled EuroShorts. Sir Alan says: “The team has a real talent for mixing live action and animation in a very entertaining and engaging way. I have to admire how far they have managed to stretch the budget and bring to life the extraordinary diversity that Europe offers.”

Last month, another promotional film made by Visit Europe, entitled “Are You Ready?” won the Silver Dolphin award in the Tourism Films category at the Cannes Corporate Media and TV Awards. It can be viewed at http://europa.eu/readyforeurope/.

Brazil is the largest economy in Latin America by far and is set to become the fifth largest in the world. Thanks to increased social mobility, easier access to credit and attitudes that favour travel, the volume of outbound trips from Brazil grew by an average of 13% a year over the past decade and reached 8.7 million outbound trips in 2012. Brazilian tourist arrivals to Europe totalled 3.1 million, representing one third (36%) of total Brazilian outbound travel.

Expenditure by Brazilian travellers grew at a much faster rate of approximately 40% a year between 2000 and 2012. In 2012, Brazilians spent a record US$22 billion on international travel and recent figures indicate a further rise in 2013 by 14.6%, putting Brazil in 12th place on a worldwide ranking of outbound travel spend – and in 8th place if European markets are excluded.

Data shows that 62% of all Brazilian outbound trips go to the Americas and 34% to Europe. Evidently, the US is Europe’s most significant competitor. With growing disposable incomes and a tax system that puts high levies on imported products, many Brazilian consumers view the US as the high-end shopping destination of choice.

The Brazilian outbound travel market is expected to grow substantially in coming years but competition is fierce as other destinations also strive for a higher influx of Brazilians. To develop effective marketing strategies for Europe, the European Travel Commission (ETC) is conducting extensive research to gain deep insights into travellers’ behaviour.

The recently published netnographic study ‘Understanding Brazilian Outbound Tourism’ looked at the way Brazilians researched travel on the internet to identify opinions and aspirations about visiting Europe. It discovered that Brazilians’ travel motivations can be mapped on a three dimensional chart with axes labelled: status-related, experience-centred and people-centred. The axes intersect at the point where travellers have an urge to experience some of Brazil’s cultural origins and historical roots[1]. Based on strong ethnic and cultural ties, Europe enjoys a unique position there in the mind of the Brazilian traveler.

However, online search interest in travel to Europe is not even half of that of travel to Argentina and 80% that of travel to the US. “This demonstrates that general awareness of Europe needs to rise through effective marketing and branding,” says Eduardo Santander. He concluded: “The Brazilian market has a natural willingness to travel to Europe; it is just a matter of facilitating it, which is why we will be focusing our efforts on doing precisely that at WTM.”

The European Travel Commission is an association of National Tourism Organisations (NTOs). It was created in 1948 to promote Europe as a tourism destination to the long-haul markets outside Europe, originally in the USA and later in Canada, Latin America and Asia. It currently has 33 member NTOs, including 8 from outside the European Union. ETC is an independent body which is financed entirely by annual membership contributions and partnership funding. 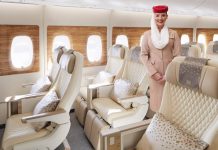 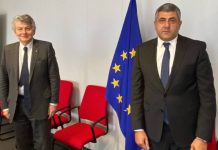 UNWTO Delegation in Brussels for Talks with European Leaders 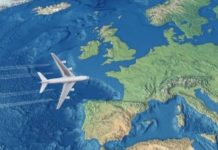