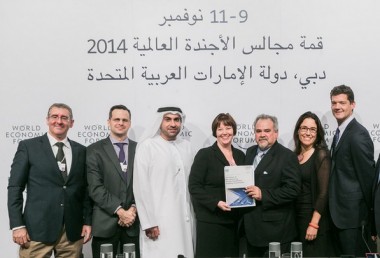 Dubai (United Arab Emirates) – November 11, 2014 – The World Economic Forum’s Summit on the Global Agenda 2014, the world’s foremost brainstorming meeting, ended with leaders of the host governments of the United Arab Emirates and Dubai stressing the importance of understanding and using technology to improve the state of the world. “We are in a new phase of human development,” said Mohammed Abdullah Gergawi, Minister of Cabinet Affairs of the United Arab Emirates, in the closing plenary. “Through robots and artificial intelligence, we are approaching a new era in human progress.”

Espen Barth Eide, Managing Director and Member of the Managing Board of the World Economic Forum, told participants that, because of the fast-moving breakthroughs in technology, it is important for stakeholders in the future of the world to come together. “Our purpose is not just to understand but to shape agendas,” he said.

Participating in the Summit were members of the Forum’s Network of Global Agenda Councils, the 86 panels of experts and thought leaders on the most pressing global challenges. “The Summit has once again made us realize that we are citizens in an interconnected world,” said Summit Co-Chair Sultan Bin Saeed Al Mansoori, Minister of Economy of the United Arab Emirates. “There are no quick fixes but we have to listen to each other.”

In his remarks, Gergawi announced that the Government of the United Arab Emirates and the World Economic Forum are developing a $1 million award to recognize achievement and innovation in robotics in the service of health, education and social services, which will be launched next year.

More than 1,000 business, government and civil society leaders participated in the Summit on the Global Agenda 2014, which had as its theme, Shaping the Transformations of the World.

During the Summit, the Forum launched a new think-tank community, with 25 top policy and research institutes around the world. The Forum also released reports on the future of manufacturing and on the future availability of natural resources, as well as the Outlook on the Global Agenda 2015, which identified the 10 key trending issues identified by members of the Global Agenda Councils and other Forum communities. A Global Leadership Index revealed that 86% of the experts surveyed believe that the world is in the midst of a leadership crisis, with civil society the most trusted stakeholder.

In a session to review the deliberations by the Global Agenda Councils just before the closing plenary, Al Gore, Vice-President of the United States (1993-2001) and Chairman and Co-Founder of Generation Investment Management, called on participants to focus on global warming. “The climate crisis, if not successfully addressed, will not make it possible to achieve any of what we are discussing here. We have to address it as an urgent crisis threatening civilization as we know it,” he said.

After the Summit, members of the Global Agenda Councils are to meet with representatives of the Government of the United Arab Emirates in a Future Circles dialogue on the outcomes of the Summit and their impact for the country. 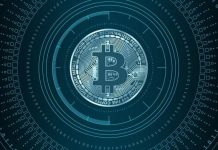 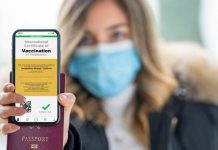