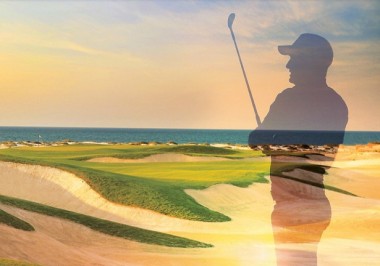 Abu Dhabi (UAE) – April 29, 2014 – One in every four rounds of golf in Abu Dhabi is now played by an international traveller, according to figures revealed today, helping to accelerate the United Arab Emirates (UAE) into the world’s fourth fastest-growing golf destination.

Overseas rounds for Q1 on Abu Dhabi’s three championship-ready courses increased 19% on the first three months of 2013 to total 10,948 with increasing demand from Germany, the UK, South Korea, China and India. The total number of rounds played in the UAE capital in Q1 this year inched up 4% to 43,046.

The ‘GIAD,’ programme, which was launched in 2011, is a one-stop booking shop for golfers to book packages to Abu Dhabi. In addition, a growing number of worldwide tour operators are now featuring Abu Dhabi’s golf proposition in their marketing campaigns and brochures.

“We are on an upward trajectory with golf,” added Al Shaikh. “We now have over 400 operators worldwide selling our golf packages to our emirate and are highly encouraged by the recent naming of Abu Dhabi by the UK’s prestigious Golf Today magazine as “the runaway destination of choice.”

“Our industry partners say our increasing appeal owes as much to our much improved ‘Beyond The Fairways’ offering as it does to our excellent courses and facilities. Our expanding list of attractions and tours combined with golf, have powerful appeal we are looking to further through increased trade engagement across a number of key and emerging markets.”