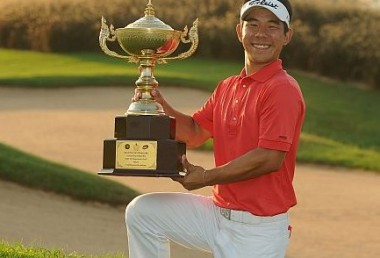 Bangkok (Thailand) – November 27, 2013 – The King’s Cup Golf Tournament in Thailand will offer a record US$1 million in prize money when the prestigious tournament is staged at the Black Mountain Golf Club in Hua Hin in January, making it the penultimate event of the 2013 Asian Tour Schedule.

Officials announced in a press conference today that the King’s Cup Golf Hua Hin will take place from January 16-19, 2014, with the 2013 Asian Tour season set to conclude in the following week in Malaysia.

Suwat Liptapanlop, Chairman of the Organising Committee, said: “As one of Thailand’s most prestigious sporting events, we look forward to preserving the great stature of the King’s Cup Golf Hua Hin through a long-term partnership with the Asian Tour, which is the official sanctioning body for professional golf in Asia.

“There are three main objectives for this tournament – firstly, the tournament itself will develop Thai golf as a whole, especially for local golfers, by providing them the opportunity to have access to more international arenas of play. Secondly, the tournament honours Thailand’s beloved King, who has donated the prestigious and legendary King Trophy to the event. Finally, as an added bonus, events such as this will help promote and support tourism to Hua Hin, and Thailand as whole, through the worldwide television exposure it will receive. Various channels of communication will be bringing the excitement of golf in Thailand to millions of global viewers in the international market.”

Suwat added: “We look forward to a very successful staging of the King’s Cup Golf Hua Hin, which will be played at the Black Mountain Golf Club in Hua Hin, with an unprecedented US$1 million in total prize money. It will be a fantastic celebration of golf which will pit the finest Thai players against the best international players from the Asian Tour.”

Chayapat Sunayont, President of the Professional Golf Association of Thailand, said: “The PGA Thailand signed a landmark five-year agreement to stage the event on the region’s premier golf Tour until 2018, which is a significant boost for the game in Asia. The staging of the King’s Cup Golf Hua Hin is a collaboration between the Asian Tour, the Thailand PGA, and The Agency. The Sports Authority of Thailand (SAT) will fund the US$1 million prize money as a presenting sponsor, while Honda has also signed up as a presenting sponsor.”

For the first time ever, the King’s Cup Golf Hua Hin will be broadcast live, over four rounds on the Asian Tour’s global television platform which reaches over 180 countries and 640 million homes, ensuring extensive exposure for the popular beach resort town of Hua Hin, as well as the sponsors, and the Kingdom of Thailand itself.

SAT Governor Kanokphand Chulakasem said: “On behalf of the Sports Authority of Thailand, we are delighted to become a presenting sponsor of the King’s Cup Golf Hua Hin, which is one of the most prestigious golf championships in our Kingdom.

“Through our involvement, we believe the staging of the King’s Cup Golf Hua Hin will further develop professional golf in Thailand and maintain our nation’s proud tradition of creating great champions such as Thongchai Jaidee, Thaworn Wiratchant, Boonchu Ruangkit, Prayad Marksaeng and Kiradech Aphibarnrat on the Asian Tour.”

Pitak Pruittisarikorn, Executive Vice President of Honda Automobile (Thailand) Co., Ltd., said: “As a presenting sponsor of the King’s Cup Golf Hua Hin, we are very pleased and honored to partner with the Asian Tour and the Agency to organise the tournament. We are proud to be part of this effort to promote golf in Thailand while also promoting tourism to strengthen the Thai economy. Through our partnership with this great event, Honda will help to drive the growing popularity of golf and interest in professional golf across Asia.

“The Asian Tour is delighted to sign a five-year agreement with The Agency. This is a very positive development for the tournament, and we will work closely with all parties to further develop the stature and prestige of the King’s Cup Golf Hua Hin.

“From an initial US$300,000 prize purse tournament in 2009, it is fantastic to see the King’s Cup becoming a US$1 million championship, which is fitting for a tournament of such great stature. Through a long-term association, Thai golf fans will be able to watch the finest collection of players from across Asia competing in the King’s Cup Golf Hua Hin, alongside many of Thailand’s top golfing stars.

“I would also like to express my fullest appreciation to SAT for its great support as presenting sponsor, as well as Honda. The Asian Tour will also work closely with the Thailand PGA to ensure the successful staging of the King’s Cup Golf Hua Hin,” said Han.

Harald Elisson, General Manager of Black Mountain Golf Club, said the club was delighted to host another world-class Asian Tour tournament following the staging of the Black Mountain Masters in 2009 and 2010, on the region’s premier tour which is celebrating its milestone 10th season in 2013.

“We look forward to welcoming the best players from the Asian Tour for the King’s Cup, to be held in January, 2014. I am sure it will be a very exciting golf tournament for golf fans in Hua Hin, and television viewers from around the world, and we will endeavour to prepare our championship course so that a worthy champion will emerge,” said Elisson.

The King’s Cup Golf Hua Hin made its debut on the Asian Tour in 2009, with Chinese Taipei’s Chan Yih-shin lifting the trophy in Thailand’s Khon Kaen province. The following year Thai favourite Udorn Duengdecha won the championship, however the 2011 edition of the tournament was postponed due to the unfortunate flooding in Thailand, and specifically Bangkok, that year. When the tournament resumed in 2012, Arnond Vongvanij claimed a popular home victory, and will defend his title this January.

About the Asian Tour
In 2013, the Asian Tour will celebrate a momentous milestone with its 10th season. As the official sanctioning body for professional golf in Asia, the Asian Tour leads the development of golf across the region, enhancing the careers of its members while maintaining a commitment to the integrity of the game. The Asian Tour, through its membership of the International Federation of PGA Tours, is the only recognised pan-Asian professional golf tour in Asia. This unique feature positions the Asian Tour at the pinnacle of professional golf in Asia; providing its events with Official World Ranking status. Tour Partners include Abacus (Official Apparel Partner), Inetol Headwear (Official Headwear Supplier), Saxo Capital Markets (Official Statistics Partner), Singha Beer (Official Beer), Srixon (Official Ball), Subway (Official Quick Service Restaurant), Starwood Hotels and Resorts (Official Hotels and Resorts) and Rolex (Official Timekeeper). The Asian Tour has offices in Kuala Lumpur and Singapore. Also, visit us at www.asiantour.com 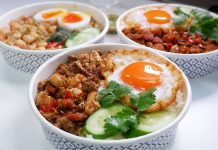 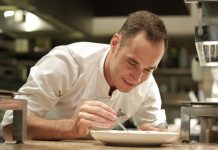 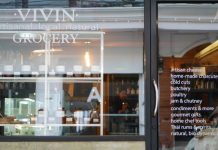