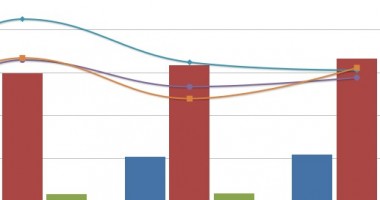 Bangkok, 21 August 2013 – International visitor arrivals into Asia Pacific destinations have expanded at better than eight per cent over the first part of the year according to preliminary estimates released by the Pacific Asia Travel Association (PATA) today. Across the 31 destinations for which data is currently available, this translates into more than eight million additional arrivals over and above those received for the corresponding periods of last year.

These results are consistent with the growth predictions made by the PATA forecasts of visitor demand and place the region well on target to achieve an expected international inbound volume of around 495 million for the full 2013 calendar year.

First half results for 2013 are available for 16 of the Asia Pacific destinations – which incidentally also account for 84 per cent of the inbound arrivals volume so far this year – and at close to 145 million foreign arrivals, are within three per cent of the predictions as made in the PATA forecast report.

“Forecasts with this degree of accuracy, detail and a timely quarterly update are essential if we are to effectively respond to opportunities as they emerge,” said Martin J. Craigs, Chief Executive Officer of PATA. “Additionally, numbers such as these alert investors to the risks, and of course the many rewards offered by Asia Pacific’s world-leading visitor economy.”

A number of these destinations are performing well above expectations. Japan in particular is rebounding at a much faster rate than predicted with an inbound volume of around five million as of June this year. Thailand, a rapidly growing source market for Japan, has generated growth in arrivals of almost 53 per cent so far this year, and that is expected to grow even more strongly since the visa exemption took effect on July 1, 2013.

The Maldives is another destination that is performing well above predicted expectations with continued growth coming out of the China market, but also with substantial gains from a number of other areas including Central & Eastern Europe and West Asia.

A total of 41 destinations are covered in PATA’s Asia Pacific Visitor Forecasts 2013-17 report, with predicted volume flows by origin given quarterly over a five-year horizon until 2017.