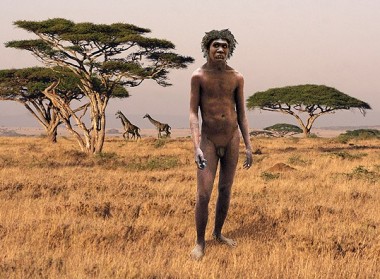 Nairobi (Kenya) – April 16, 2015 – A monument of the oldest remains of mankind in the world will be unveiled in Turkana this month. The fossil of the Turkana Boy dates back 1.6 million years, making Turkana archeologically the origin of man. The site of excavation has now been gazetted and a monument erected to preserve this bit of important history for man.

The unveiling of Turkana Boy this month is the biggest opportunity for the county itself, the North Rift region and the whole country,” Tourism Cabinet Secretary Phyllis Kandie told journalists.

There is a time to look back at one’s old strengths and unique selling points and Kenya did exactly that before they came to ITB 2015. Almost forgotten, way up north at Lake Turkana, are dig sites where the Leakey’s of Olduvai fame discovered remnants of the early man, earning the area the title “The Cradle of Mankind.”

Apart from the annual Lake Turkana Festival in Loiyangalani little other big drum publicity is seen over the year about an area, and its lake, which formerly known as Lake Rudolf, aka the Jade Sea, is today called Lake Turkana.

It is, therefore, with some appreciation no doubt that Turkana residents and the county administration have learned of Kenya Tourism Board’s (KTB’s) decision to pick Turkana and use the archeological digs and finds as a worthwhile cause to showcase the broad range of attractions Kenya holds, not just in terms of game, national parks and beaches but also in terms of history and culture, music and art, and not to forget cuisine.

Turkana Tourism chief executive Linus Ebenyo displayed and explained the various products Turkana is promoting. The Turkana county team, led by the Deputy Governor, Peter Ekai, were also out to popularise the second edition of the Turkana Tourism and Cultural Festival, which will be held from August 27 to 30 in Lodwar.

Turkana Boy, with the slogan of ‘Origin of mankind’, featured the most at the station.

The Turkana Boy, as the skeleton is now called, was discovered by a Kenyan researcher, one Mr. Kamoya Kimeu, who was working together with Dr. Richard Leakey in 1984. It is now known as having existed some 1.6 million years ago. This young boy of about 9–12 years of age and a height of about 1.6 meters is the only almost complete skeleton of a human-related fossil ever found in the world. Located in the Sibiloi National Park/Koobi Fora, which was created only in 1973 to preserve the dig sites of the Leakey’s and other archeologists, the so-called Turkana Boy will be at the center of a revitalized campaign to draw the world’s attention to Turkana and that indeed, if not being the one Cradle of Mankind, surely is one of those where man evolved from the primates millions of years ago.

The Kenya Tourism Board also has other plans to share, like the naming of elephants in the Amboseli National Park. 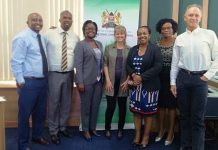 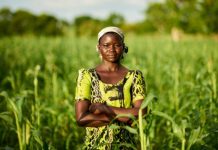