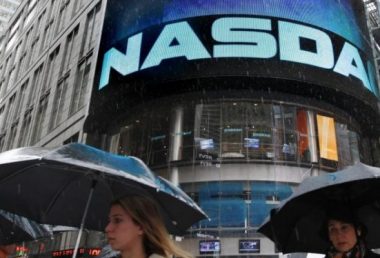 Norwalk, Conn. (USA) – November 10, 2012 – Priceline.com Incorporated (NASDAQ: PCLN ) announced today that it has signed a definitive agreement for the Priceline Group to acquire KAYAK in a stock and cash transaction. Under the terms of the agreement, the transaction values KAYAK at $1.8 billion ($1.65 billion net of cash acquired) or $40 per share of KAYAK (subject to the collar described below), with the Group paying approximately $500 million of the consideration in cash and $1.3 billion in equity and assumed stock options.

The Boards of Directors of the Priceline Group and KAYAK have unanimously approved the transaction, which is subject to customary closing conditions, including a vote of KAYAK’s shareholders and regulatory approvals, and is expected to close by late 1st quarter 2013. KAYAK’s current management team will continue to manage KAYAK’s operations independently as part of the Priceline Group of companies. The Group expects that the impact of the KAYAK acquisition on Non-GAAP EPS in 2013 will be de minimis.

KAYAK is a leading travel research site that allows people to easily compare hundreds of travel sites at once when searching for flights, hotels, and rental cars, and gives travelers choices on where to book. The company processes over 100 million user queries each month through its global websites and best in class mobile applications. “KAYAK has built a strong brand in online travel research and their track record of profitable growth is demonstrative of their popularity with consumers and value to advertisers,” said Priceline Group President and Chief Executive Officer Jeffery H. Boyd. “KAYAK also has world class technology and a tradition of innovation in building great user interfaces across multiple platforms and devices. We believe we can be helpful with KAYAK’s plans to build a global online travel brand.”

“Paul English and I started KAYAK eight years ago to create the best place to plan and book travel,” said Steve Hafner, KAYAK Chief Executive Officer and Cofounder. “We’re excited to join the world’s premier online travel company. The Priceline Group’s global reach and expertise will accelerate our growth and help us further develop as a company.”

Transaction Summary
KAYAK shareholders will have the right to elect to receive cash or stock with a value of $40 per KAYAK share, (subject to (i) the collar mechanism described below and (ii) pro ration such that the overall consideration in the deal to KAYAK shareholders will consist of one-third cash and two-thirds stock). The stock portion of the consideration will be subject to a 10% collar pursuant to which the value of the Priceline.com stock delivered to those receiving stock will be $40 per KAYAK share so long as the aggregate volume-weighted average Priceline.com trading price for the 30-day period ending 2 days prior to Closing (as set forth more fully in the Merger Agreement) is between $571.31 and $698.27 per Priceline.com share. If such average price is above $698.27 or below $571.31, those receiving Priceline.com stock will receive a fixed exchange ratio as set forth in the Merger Agreement. The final number of Priceline.com shares to be issued on a fully diluted basis will range between approximately 1.9 million and 2.3 million shares and options at closing.

Information About Forward-Looking Statements
Certain statements in this communication regarding the proposed transaction between Priceline and KAYAK, the expected timetable for completing the transaction, benefits of the transaction, future opportunities for the combined company and any other statements regarding Priceline’s or KAYAK’s future expectations, beliefs, goals, plans or prospects constitute forward-looking statements made within the meaning of Section 27A of the Securities Act of 1933, as amended, and Section 21E of the Securities Exchange Act of 1934, as amended (collectively, forward-looking statements). Any statements that are not statements of historical fact (including statements containing the words “may,” “can,” “will,” “should,” “could,” “expects,” “plans,” “anticipates,” “intends,” “believes,” “estimates,” “predicts,” “potential,” “targets,” “goals,” “projects,” “outlook,” “continue,” “preliminary,” “guidance,” or variations of such words, similar expressions, or the negative of these terms or other comparable terminology) should also be considered forward-looking statements. No assurance can be given that any of the events anticipated by the forward-looking statements will transpire or occur, or if any of them do so, what impact they will have on Priceline’s or KAYAK’s results of operations or financial condition. Accordingly, actual results may differ materially from those expressed in any forward-looking statements. A number of important factors could cause actual results or events to differ materially from those indicated by such forward-looking statements, many of which are beyond the parties’ control, including the parties’ ability to consummate the transaction; the conditions to the completion of the transaction, including the receipt of stockholder approval, the regulatory approvals required for the transaction may not be obtained on the terms expected or on the anticipated schedule; the parties’ ability to meet expectations regarding the timing, completion and accounting and tax treatments of the transaction; the possibility that the parties may be unable to achieve expected synergies and operating efficiencies in the arrangement within the expected time-frames or at all and to successfully integrate KAYAK’s operations into those of Priceline; such integration may be more difficult, time-consuming or costly than expected; operating costs, customer loss and business disruption (including, without limitation, difficulties in maintaining relationships with employees, customers or clients) may be greater than expected following the transaction; the retention of certain key employees of KAYAK may be difficult; Priceline and KAYAK are subject to intense competition and increased competition is expected in the future; the volatility of the economy; and the other factors described in Priceline’s Annual Report on Form 10-K for the fiscal year ended December 31, 2011 and in its most recent Quarterly Report on Form 10-Q for the quarter ended September 30, 2012 filed with the SEC, and KAYAK’s Quarterly Report on Form 10-Q for the quarter ended June 30, 2012 filed with the SEC. Priceline and KAYAK assume no obligation to update the information in this communication, except as otherwise required by law. Readers are cautioned not to place undue reliance on these forward-looking statements that speak only as of the date hereof.

Non-GAAP financial information is adjusted for the following items:

About The Priceline Group
The Priceline Group (Nasdaq: PCLN) is a leader in global online hotel reservations, with over 270,000 participating hotels worldwide. The Group is composed of four primary brands – Booking.com, priceline.com, Agoda.com and Rentalcars.com – and several ancillary brands. The Priceline Group provides online travel services in over 180 countries in Europe, North America, South America, the Asia-Pacific region, the Middle East and Africa.

Booking.com is the number one online hotel reservation service in the world, offering over 245,000 hotels (as of November 1, 2012), and is available in 41 languages. More recent hotel counts are available on the Booking.com website. Priceline.com gives leisure travelers multiple ways to save on their airline tickets, hotel rooms, rental cars, vacation packages and cruises. In addition to getting compelling published prices, travelers can take advantage of priceline.com‘s famous Name Your Own Price® service, which can deliver the lowest prices available, or the recently added Express Deals(SM), where travelers can take advantage of hotel discounts without bidding. Agoda.com is an Asia-based online hotel reservation service that is available in 38 languages. Rentalcars.com is a multinational car hire service, offering its reservation services in over 6,000 locations. Customer support is provided in 40 languages.

Investors and security holders will be able to obtain free copies of the registration statement, joint proxy statement/prospectus and all other relevant documents filed or that will be filed with the SEC by Priceline or KAYAK through the website maintained by the SEC at www.sec.gov.

In addition, investors and security holders will be able to obtain free copies of the Proxy Statement/Prospectus from KAYAK by contacting KAYAK Software Corporation, 55 North Water Street, Suite 1, Norwalk, CT 06854, Attn: Corporate Secretary or by calling (203) 899-3100. 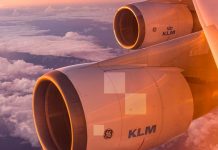 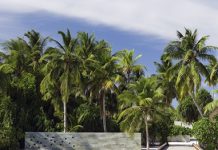 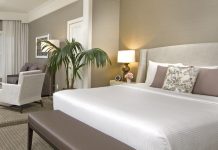