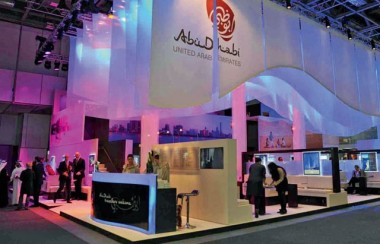 Berlin (Germany) – December 10, 2015 (travelindex) – Middle East is world’s fastest-growing outbound travel market. The Arabian outbound travel market is growing into a lucrative niche business as well-off travellers venture more beyond their home region and spend heavily on up-market accommodation, shopping and entertainment. The Middle East outbound travel market was actually the world’s fastest-growing market this year with a 9 per cent increase in outbound trips over the first eight months of this year, according to preliminary World Travel Monitor® results from IPK International. These are among the findings in the ITB World Travel Trends Report, which is produced by tourism consultancy IPK International on behalf of ITB Berlin, the world’s leading travel trade show.

Young well-off travellers go on long expensive trips
Beside Saudi Arabia, the United Arab Emirates (UAE) is the most attractive outbound market in the region and both are characterised by high spending and long trips. There is a very high proportion of high-earners going on international trips and a high (about 50 per cent) share of younger international travellers under the age of 34, according to World Travel Monitor® figures. Furthermore, close to one third of trips are made with children. More than 30 per cent of outbound trips from the region were taken by immigrants with residence and work licences in the Middle East, mostly travelling abroad to visit friends and relatives.

In 2014, about two thirds of outbound trips by Emiratis were for holiday purposes with a wide range of holiday types, ranging from tours and city trips to private events such as honeymoons and health-focused trips, according to World Travel Monitor® figures. Emirates-based travellers like to escape the summer heat and mostly go on international trips in the summer months (almost 60 per cent) compared to about 40 per cent in the winter season.

Moreover, they tend to go on long trips, with an average trip lasting 14 nights, and almost 30 per cent of them lasting 16 nights or more. UAE travellers are also good spenders, with the average spending per person per night at about 200 euros. The average cost of a trip per person therefore totalled about 2,800 euros, according to World Travel Monitor® figures.

Shopping, entertainment and health
Many UAE residents have about 30-40 days a year available for holidays and often go on two or three trips a year, including one major international trip outside the region. “The outbound travel market is driven by factors as culture, entertainment, accessibility and the desire to visit cities,” explained Ramzi Maaytah, Partner of IPK International Middle East. With a high proportion of young couples, families and also more women travelling from the region, entertainment, shopping and other leisure activities are popular destination activities.

Health-related travel is also a notable trend with well-off Arabs often going on long trips for medical purposes, accompanied by a large number of family members. In addition, Arabian tourists often book serviced apartments, for example, where a maid does the cooking and cleaning. “There is also an interesting trend for people to visit long-haul destinations offering Islamic hospitality, such as Malaysia and Indonesia,” Maaytah pointed out.

Dr. Martin Buck, Messe Berlin’s Senior Vice President/Director Travel & Logistics ITB Berlin, commented: “The Middle East outbound market is developing into a lucrative niche market, especially for European destinations which can offer the right kind of products and services that high-spending Arabian travellers are seeking. There is plenty of growth potential for this market in the coming years.”

The results and findings in the ITB World Travel Trends Report are based on presentations and discussions at the annual World Travel Monitor® Forum in Pisa, which is supported by ITB Berlin. Initiated at the invitation of consultancy IPK International, more than 50 tourism experts and academics from around the world present the latest figures and current trends in international tourism.

Additional results of IPK International’s trend surveys from January to August 2015 together with the estimates of 50 tourism experts from more than 20 countries and the key data from the World Travel Monitor® are published exclusively by ITB Berlin. The detailed results will appear at the beginning of December in the ITB World Travel Trends Report under www.itb-berlin.com. The World Travel Monitor® final results for the year, including the latest outlook for 2016, will be presented at the ITB Convention by Rolf Freitag, President of IPK International. The World Travel Monitor® is based on representative interviews with more than 500,000 people a year in more than 60 travel markets worldwide, and has been regularly conducted for more than 20 years. It is recognised as the largest continuous study into global travel patterns. 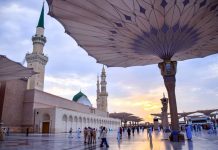 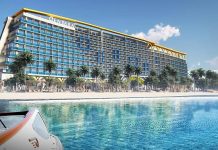 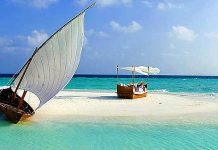