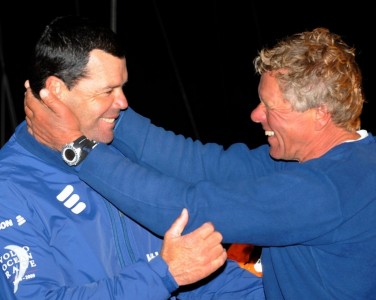 Alicante (Spain) – June 25, 2014 – Torben Grael, Brazil’s joint most decorated Olympic medalist with five medals and former winner of the Volvo Ocean Race, has been awarded the inaugural Magnus Olsson Prize for his contribution to sailing.

Grael received his award in Stockholm today along with two recipients of a scholarship through the Magnus Olsson Memorial Foundation aimed at helping young Swedish sailors make a successful career in the sport.

The two recipients are Simon Lundmark, an 18-year-old dinghy sailor in the Laser class, and Albin Johnsson, 17, who sails the Europe Class. Both are competing on a national, European and international youth championship level. Along with a sum of 15,000 Swedish Krona, they will also have support from Torben Grael as a mentor.

Olsson was one of the most recognized and charismatic figures in global offshore sailing but died last year in Lanzarote. He was working at the time as a trainer for the all-female crew of Team SCA who will be competing in the 12th edition of the Volvo Ocean Race starting in October this year.

Grael, who won the Volvo Ocean Race in 2008-09 on board Ericsson 4, paid tribute to Olsson, known universally as ‘Mange’, who had been a rival skipper during that event on Ericsson 3.

“Magnus Olson was one of the most competent and complete sailors ever,” he said.

“Receiving this award with his name fills me with pride and satisfaction. Magnus, with his knowledge and generosity, was a pillar of the Volvo Ocean Race.”

Richard Brisius, CEO of the Team SCA campaign, and Carl-Henric Svanberg started the Magnus Olsson Memorial Foundation in May 2013 together with his family after the death of Olsson the previous month.

Olsson’s partner, Vica Eckeström, is a member of the Foundation’s board. She said: “Our aim with the scholarships is to inspire more young Swedish sailors to become professional sailors in the future.

“They are still young and Mange subscribed to the idea that dinghies are perfect for young sailors to learn the basics of the sport – but with the scholarship and the mentoring help from the winners of the Award, we hope that the Foundation’s work can inspire them to choose a future in professional sailing.”

She continued: “I think Mange would have thought it was fantastic to see young sailors getting support from the foundation and he would have been thrilled if those young girls or boys would be inspired to aim for a career in ocean racing. That was his dream and I’m sure he would have liked to see his work live on and continue to inspire people.”

The Magnus Olsson Memorial Foundation also awards the Magnus Olsson Prize to an internationally established person, organization or project, which has achieved (or works to achieve) success at the highest international levels in the sport of sailing. The recipients will also get the opportunity to award two scholarships to young sailors in their home country.

This award is decided in a process separate from the scholarships and Grael, who has won five Olympic medals including two golds in Atlanta 1996 and Athens 2004, was the unanimous choice to win the first. 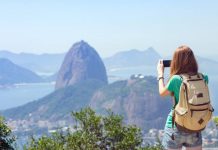 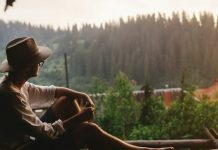 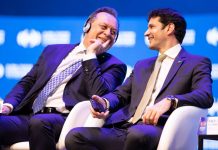