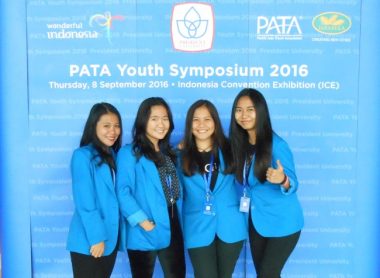 Jakarta, Tangerang ICE (Indonesia) – September 16, 2016 (travelindex.com) – The PATA Youth Symposium held on Thursday, September 8, 2016 in BSD-Serpong, Indonesia welcomed 193 students, alumni, lecturers and industry professionals from President University and other academic institutions in Indonesia to discuss the role of youth in the future of tourism.

The event, hosted generously by President University with the support of the Ministry of Tourism, Republic of Indonesia and the PATA Indonesia Chapter, commenced on the first day of PATA Travel Mart 2016 under the theme ‘Young Entrepreneurs’ Role in Tourism’s Future’.

The programme commenced with an address by Dr. Mario Hardy, PATA CEO. He said, “Today’s youth are critical in addressing problems of the future. That solution starts today and we invite all students in attendance to share their views and opinions.”

He also noted that the Association would have a primary focus on youth in 2017 and will begin to organise activities centred upon education, entrepreneurship and other skills.

“President University was founded 15 year ago to prepare students to be self-employed in case there were not enough jobs in the future. With classes taught in English the university also supported students to do internships and create student networks,” said Mr. S.D. Darmono, Founder of President University. “Trust, friendship and communications skills are important factors in creating networks and platforms to do business as young entrepreneurs.”

Dr. Jony Oktavian Haryanto, Rector of President University added, “Tourism plays an important role in other industries such as food, agriculture and handicraft. The University curriculum support students to be young entrepreneurs in real life. We would like to thank PATA for this tremendous opportunity.”

The programme was developed with guidance from Dr. Chris Bottrill, Chairman of the PATA Human Capital Development (HCD) Committee and Dean, Faculty of Global and Community Studies at Capilano University.

The programme was moderated by Stewart Moore, Chairman of the PATA Sustainability Committee and CEO at EarthCheck, Australia. He said, “The PATA Symposium promised to give us some insights into the entrepreneurs of the future and it delivered the goods. The students from President University stepped up to the mark and knocked us out with their passion and enthusiasm to not only embrace but also to set a new direction for the tourism industry. The PATA Youth Symposium once again reminded us of the importance of showcasing emerging leadership and talent.”

Mrs. Ha Lam, Co-founder and COO at Triip.me, Vietnam presented the opening plenary talk on ‘How young entrepreneurs are changing digital technologies in tourism’. She said, “After 12 months of its operation, Triip.me grew from 10 countries in Asia into 98 countries, 655 cities and over 20,000 local experts around the globe. We have received thousands of letters and emails from travellers thanking us for connecting them to new friendships.”

“The way people travel or experience travel will still be the same. No matter how fancy technology can be: travellers still fly, stay and enjoy local experiences. However, young entrepreneurs around the world are using technology to change the way people operate a tour company”, she added.

Mrs. Rika Jean-François, Commissioner ITB Corporate Social Responsibility, Germany, delivered the second plenary talk on ’Social and business entrepreneurship in tourism. What’s the difference? Why does it matter?’. After giving an overview on the general definitions of entrepreneurship, she introduced the model of social entrepreneurship and presented best practice examples. She underlined the necessity for young entrepreneurs to not neglect their responsibility towards society and to embedd social thinking into their future businesses.

Dr. Joe Kelly, Capilano University, Project Change Foundation, Canada, presented the third plenary talk on ‘How Young Entrepreneurs may change the world’. He said that the factors that the young generation needed to find out in order to change the world included ‘staying true to their values’, ‘nurturing their passions’, and discovering ‘how best to put their skills to work’.

All participants shared their views in round-table discussions on the following topics:

Key responses from students to the question: “What unique skills and talents do young entrepreneurs bring to tourism’s future?”
– A wider knowledge of technology, language and business skills
– Marketing and communication in the age of digital technology and networking through social media
– Innovation and creativity through new ideas, storytelling and identifying new concepts that make experiences unique
– Delivered with passion, enthusiasm, energy and business execution

Prof. Dr. Ajay Chauhan, Dean of Faculty of Business at President University, told the symposium attendees that while all of the above ideas were important, the key issue was the ability to always deliver excellent service to their clients.

The participants enjoyed fascinating cultural performances as part of the programme.

About PATA
Founded in 1951, the Pacific Asia Travel Association (PATA) is a not-for profit association that is internationally acclaimed for acting as a catalyst for the responsible development of travel and tourism to, from and within the Asia Pacific region. The Association provides aligned advocacy, insightful research and innovative events to its member organisations, comprising 95 government, state and city tourism bodies, 27 international airlines, airports and cruise lines, 68 educational institutions, and hundreds of travel industry companies in Asia Pacific and beyond. Thousands of travel professionals belong to the 40 local PATA chapters worldwide. The chapters organise travel industry training and business development events. Their grassroots activism underpins PATA’s membership of the Global Travel Association Coalition (GTAC), which includes ACI, CLIA, IATA, ICAO, WEF, UNWTO and the WTTC. The PATAmPOWER platform delivers unrivalled data, forecasts and insights from the PATA Strategic Intelligence Centre to members’ desktops and mobile devices anywhere in the world. PATA’s Head Office has been in Bangkok since 1998. The Association also has official offices or representation in Beijing, Sydney and London.

About President University
President University is a higher education institution in Indonesia which was established to become a research and development center in the region and to set a new benchmark in Indonesian higher education. Specifically, the university is prepared to create an institution of learning which would prepare future leaders of industry and society by giving them the skills and experience necessary to excel upon graduation. President University is strategically located in Jababeka Education Park in Kota Jababeka, just 45-minute drive to the west of Jakarta, Indonesia. It is surrounded by the Jababeka Industrial Estate, one of the largest integrated industrial areas in South East Asia with more than 2,000 national as well as multinational companies from 30 nations, such as Unilever, Samsung, Mattel, ICI Paint, Kraft, among others, which can be leveraged as a “living laboratory” for our students and faculty members to develop practical solutions for real-life companies, and also serve as a limitless pool of internship/on-the-job training opportunities for the students. As a relatively young university with about 4,500 total student body at the moment, not only are the classes conducted in English to instill global perspectives and improve competitiveness, but President University is also equipped with an international-standard curriculum which was prepared and developed by world-class academics. This is in line with the university’s vision to become a world-class university that produces leaders in their respective fields and communities. 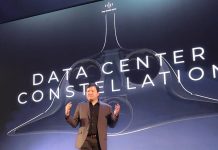 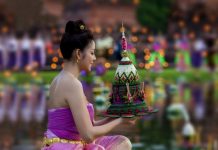 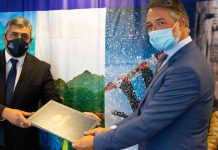