Home Destinations Asia PATA to Focus on HCD and CSR 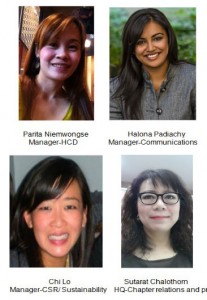 Over the last 18 months PATA Next Gen has had productive engagements organizing and creating PATA Youth Forums and University Chapters. The existing Young Tourism Professionals (YTP) initiative will be enhanced and coordinated by Parita. Education and training in the tourism sector will be key priorities.

“These new appointments and reassignments are indicative of a resurgent PATA that is walking the talk in areas where members and industry partners have identified great potential,” said PATA CEO, Martin Craigs.

As Manager-Communications, Halona will be responsible for conducting an inventory of existing communications and developing a strategic approach to ongoing and future communications activities, consulting with members, and implementing updated outreach to members and media. Video and social will become more prominent. Halona joins PATA after extensive communications work in the Canadian private and public sectors including Health Canada and Western Economic Diversification Canada.

From June, Chi Lo will be stationed in PATA head office. She will be responsible for fulfilling projects with sustainable partners such as the Global Sustainable Tourism Council and GIZ, the development arm of the German government, among others.

In other moves, Sutarat Chalothorn of the PATA Events team will play a key role in enhancing PATA HQ-Chapter relations and projects.