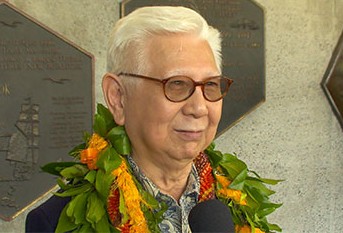 The Association was pleased to present PATA Life Membership this year to Bill Calderwood, Managing Director, The Ayre Group Consulting, Australia. PATA Life membership is the Association’s highest individual honour. It recognises significant leadership and invaluable dedication to PATA. Life members are champions of PATA’s mission and have made tangible contributions over many years.

Mr Calderwood is an experienced senior tourism executive with over 30 years experience in running major organisations, and global networks, across the government, private and NGO sectors in the Asia Pacific region. During 2011 he held the position of PATA interim CEO. In addition to PATA, he has also served on various government review committees, and tourism boards including ATEC, QTIC, Sustainable Tourism, ATDW, ASCOT, and various private companies.

PATA also awarded two individuals with the PATA Award of Merit, reserved for individuals who have consistently contributed to the Association and the PATA chapter network over an extended period. Awards were presented to Stephen F.W. Chang, Managing Director, Fuller Express Corporation, Chinese Taipei, and Chairman, PATA Chinese Taipei Chapter; and Kate Chang, Regional Director – China for the Los Angeles Convention & Tourism Board, China, and Chairperson of the PATA China (Beijing) Chapter.

Mr Chang has been the Chairman of the PATA Chinese Taipei Chapter since 1996. He has also served as the Director of the Taiwan Visitors Association and President of the American Society of Travel Agents (ASTA) Taiwan Chapter. He has been active in PATA since 2000 and has served on the Board of Directors since 2001.

Ms Chang has been the Chairperson of the PATA China (Beijing) Chapter since 2014. Previously, she worked at PATA as Regional Director – China, representing the Association on the Chinese mainland, with a particular focus on strengthening relationships with the public and private sectors of China’s rapidly growing tourism industry. Prior to joining PATA in May 2005, Ms Chang was the Assistant Director for the China National Tourism Administration (CNTA), based in Australia.

The PATA Chairman’s Award was bestowed on Andrew Jones, Guardian, Sanctuary Resorts, Hong Kong SAR. The Award, the personal gesture of the serving PATA Chairman, recognises an individual (or individuals) for their help, support, loyalty and dedication during the Chairman’s tenure.

Over the past 40 years, Mr Jones has worked in a number of senior management and corporate positions in prestigious hotels, resorts and management companies in London, Bermuda, Canada and several countries in Asia. He is also a leading proponent of Corporate Social Responsibility and Wellness in Tourism, and a knowledgeable Key Speaker, Moderator and Panellist on matters of Responsible and Sustainable Tourism at many Hotel, Environment and Social Enterprise Forums and Conferences, as well as Universities and Vocational Schools.

Upon receiving the award, Mr Jones remarked, “I was totally surprised at receiving this award, and feel honoured and humbled to be recognised in this way. The work that PATA carries out on behalf of its members and the industry is very meaningful, and worthwhile. I gain additional knowledge, and get a lot of satisfaction and enjoyment by participating and being involved in these activities, and interacting with the members from the diverse sectors of our Travel, Tourism and Hospitality businesses and organisations. I look forward to further supporting PATA, its members and collective constituents in the coming years.”

An Honourary Membership Award was given to Yuanzhu Ma, Chairman of the Board, Mount Emei Leshan Giant Buddha Tourism Group Co., China. The award is presented to a host official to recognise their valued contributions as well as invite their continuing interest in PATA.

The Last award presented that evening was the 2015 PATA Face of the Future Award, the most prestigious honour for young tourism professionals in the Asia Pacific region. This year, PATA congratulated Helena Lo, Director of Pousada de Mong-Ha, Institute for Tourism Studies, Macau SAR for her outstanding contribution to the responsible development of travel and tourism, specifically in the area of Human Capital Development.

Delegates also had the opportunity to recognise Dr. Chuck Yim Gee, whose plaque was installed at the PATA Gallery of Legends in early April this year. The gallery is on display in the central breezeway of the Honolulu International Airport. He joins other pioneers and visionaries including the founder of Pan Am Juan Trippe, Conrad Hilton of Hilton resorts, novelist James Michener and Walt Disney.

Dr. Gee, a University of Hawaii regent from 2009 to 2015, served as dean of the School of Travel Industry Management from 1976 until his retirement in 1999. PATA honoured him for his lifetime achievement in establishing an important human legacy for the worldwide travel industry through education, training and research. 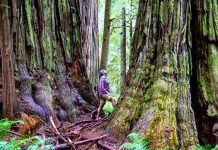 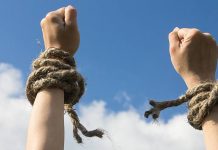 WTTC Report on How Tourism Can Help Eradicate Human Trafficking 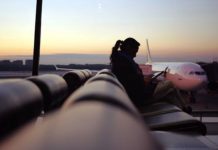