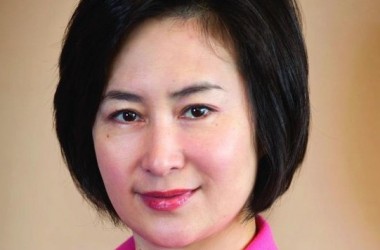 “We are delighted that Ms. Pansy Ho has accepted our invitation to be an ambassador for the PATA Foundation,” said Mr. Mario Hardy, PATA Foundation Chairman. “Over the past 28 years the Foundation has supported over 118 sustainable tourism projects, provided 104 scholarships and has positively impacted 29 countries through donations and grants in excess of $1M US dollars.”

Speaking to Forum attendees Ms. Ho told the crowd, “I am indeed very honored to be named and offered this duty to become the ambassador for the PATA foundation. I personally share the objectives and the mission of the Foundation and I would like very much to call upon all of you here to help us.”

Ms. Ho went on to announce that beginning next year in 2014, she will jointly organize and support an annual fundraising gala dinner with proceeds going to the PATA Foundation. She called on the audience to take an active role in giving back to their communities, to support the Foundation and ultimately grow the travel and tourism industry.

“From next year onwards, in time with the Forum event, we will be organizing a fundraising gala dinner where, trust me, you will get to hear more from me because I will reach out to all of you,” said Ms. Ho. “And by participating, not only will you also take home knowledge and insight, but rather we want you to also put back a little bit of your own contribution to the community. Via the PATA foundation, we can make tourism not only the largest industry in the world, but something that could help the communities that we live in.”

Mr. Hardy reinforced this by inviting everyone to attend the gala dinner next year. He noted, “Recognizing the impact of sustainability throughout the visitor economy, the Foundation would like to double and triple our efforts in providing necessary funding for the development of holistically sustainable tourism products, especially in emerging regions, where there is so much to be gained.”

The gala dinner will be the first of its kind for the PATA Foundation, which will work closely with Ms. Ho’s team to organize this must-attend event. Coinciding with the GTEF in 2014, the gala will aim to raise the profile of the Foundation and subsequently have major impact on the projects that are funded through significant contributions made by attendees and sponsors.

About PATA Foundation
The PATA Foundation was established in 1984 at the 33rd PATA Annual Conference with unanimous member approval. It is a natural extension of PATA’s dedication to the principles of conservation, which are part of the Association’s charter. The Foundation’s mission is to contribute to the sustainable and responsible development of travel and tourism in Asia Pacific through the protection of the environment, the conservation of heritage, support for education and the sustainable development of tourism in the Asia Pacific region. Since its inception 28 years ago, the PATA Foundation has donated over USD$1M, supported over 118 sustainable tourism projects and provided 104 scholarships in 29 countries. Visit www.patafoundation.org to learn more.