Home People Barry Cockrum to Director of Sales for The Alexander 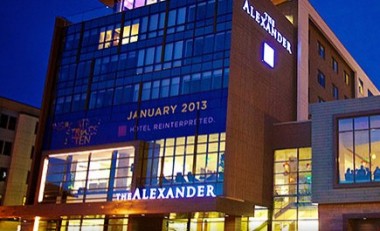 Indianapolis, Ind. (USA) – May 15, 2013 – The Alexander, A Dolce Hotel, the new, urban contemporary hotel located in the CityWay neighborhood, has appointed Barry Cockrum as director of sales and marketing. In this role, Cockrum will lead sales strategies for increasing business from events, corporate and group clientele.

A graduate of Purdue University, Cockrum grew up in Indianapolis and currently resides in Carmel, Indiana with his son and daughter.

“I’ve known and worked with Barry for years,” said Michael Moros, general manager of The Alexander. “Barry’s success is due to his hard work and infectious enthusiasm. I look forward to his leadership within The Alexander and his ongoing contributions to the Indianapolis hospitality community.”

About The Alexander, A Dolce Hotel
With 209 total rooms, including 157 deluxe guest rooms and 52 extended-stay suites, The Alexander brings a unique element to downtown Indianapolis. The Pardo-designed Plat99 lounge features artisan cocktails developed by expert mixologists, as well as a seasonal menu of small plates designed to perfectly accompany the cocktails. The Market Dining restaurant concept showcases locally sourced ingredients and fresh creations. For events, the hotel has a total of 16,500 square feet of space available, including a 3,520 square-foot ballroom, breakout rooms and a 2,400 square-foot outdoor plaza. The hotel is named for Alexander Ralston, the city planner who laid out the original plan for Indy’s downtown in the early 19th century. The Alexander was developed by Buckingham Companies. For more information about the hotel, visit www.thealexander.com.

One focus for Cockrum will be promoting The Alexander’s 52 extended-stay suites, which are unique to the Indianapolis market in that they are full-service, luxury suites at affordable rates.

As a member of the International Association of Conference Centers (IACC), The Alexander has already become a popular venue for meetings and events. The hotel adheres to the association’s exacting standards, ensuring the highest quality facilities and services. All-inclusive meeting packages are available, encompassing everything from meals and coffee/refreshment breaks to A/V equipment, guest room accommodations and gratuities, to take the guess work out of event budgeting. Complimentary wireless internet is available throughout the hotel, and meeting rooms are equipped with LDC projectors, DVD players, video monitors, flip charts and an electronic whiteboard. Larger meeting rooms also have built-in screens. As part of Dolce Hotel’s commitment to “thoughtful meals for thoughtful minds,” permanent nourishment hubs are set up outside of meeting rooms, offering continuous coffee and refreshment breaks throughout the day.

The Alexander is the only LEED-Certified hotel in the Indianapolis market with easily accessible recycling bins, a storm water collection system and free charging stations for electric vehicles parked on-site. The Alexander is also outfitted with fixtures designed to conserve water and energy such as LED lighting, occupancy controls, and energy efficient appliances. During construction of the hotel, locally sourced building materials were used wherever possible, and recycled materials, such as crushed concrete and asphalt from the former parking lot, were used on the site.

About CityWay
CityWay is a dynamic new 14-acre neighborhood in the heart of downtown Indianapolis that encompasses The Alexander Hotel, destination restaurants, a state-of-the-art YMCA, apartments and 40,000 square feet of retail and office space. With a pedestrian-friendly urban design, the mix of public spaces, offices, residential and retail make CityWay an attractive place to work, play and live, and will serve as a catalyst for future development in the surrounding neighborhood. For more information, visit www.cityway.com.

About Dolce Hotels and Resorts
Headquartered in Rockleigh, New Jersey, Dolce Hotels and Resorts operates 26 upscale hotels, resorts and conference-focused properties through North America and Europe. The portfolio features U.S. addresses in California, Colorado, Connecticut, Georgia, Indiana, Maryland, Michigan, Nevada, New Jersey, New York, Pennsylvania and Texas, as well as properties in Canada, Belgium, France, Germany and Spain. All distinct in design and uniquely suited to their locations, Dolce properties feature freshly sourced culinary experiences and inspiring environments that bring people together for meetings and events. Dolce pioneered the Complete Meetings Package, now embraced by many hotel companies and the International Association of Conference Centers as a standard. Dolce Hotels and Resorts is continuing to expand throughout the US and Europe. 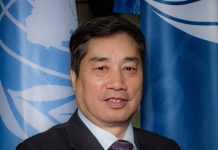 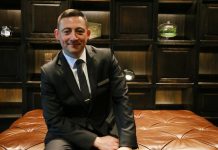 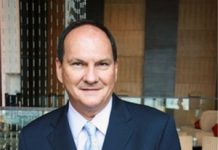