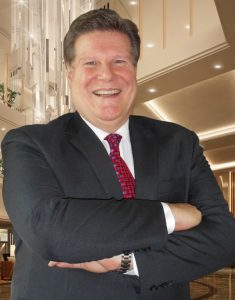 Bangkok (Thailand) – March 20, 2015 – Born and raised in Geneva, Switzerland, Mr. Eric Brand or Khun Eric is a highly respected and award-winning veteran hotelier whose over 40-year career in the hospitality industry has taken him to major destinations around the globe. He started his career at the Intercontinental Hotel in Geneva in the early 1970s before moving on to work for various prominent members of the Leading Hotels of the World including the Hotel du Rhone in Geneva (now Mandarin Oriental Geneva) and Palace St. Moritz.

Upon graduation from Ecole Hoteliere de Vieux Bois in Geneva in 1975 and from Ecole Hoteliere de Lausanne in 1978 respectively, Khun Eric flew to London to join Hilton International in Park Lane, then Brussels; and returned to Geneva to become Food & Beverage Manager of Noga Hilton (Now Kempinsky Hotel Geneva) whose specialty restaurant “Le Cygne” was awarded two Michelin stars in 1986.

Khun Eric’s first stint in Asia was with The Peninsula Hotel Hong Kong as Food & Beverage Manager in 1987. He joined the legendary Oriental Hotel Bangkok as Executive Assistant Manager in 1989 where he successfully oversaw and opened the first spa in Bangkok – the multimillion dollar Oriental Spa. He was also involved in the Normandie Restaurant renovation, featuring up to 4 leading 3 Star Michelin Chef per year at Le Normandie. Khun Eric was also leading the Rooms renovation program and the famous Authors Suites renovation and the set up and implementation of The Oriental Hotel Apprenticeship Program, The Oriental Delicatessen concept and shop and numerous other renovation projects including the creation and opening of the China House, The Oriental’s successful Chinese restaurant.

After six years with The Oriental Bangkok, Khun Eric was offered the General Manager position at the Shilla Hotel in Seoul, a member of the Leading Hotels of the World. In 1997, an opportunity for a career move to Down Under came up: He joined The Windsor Hotel in Melbourne as General Manager not long after which an opportunity to return to the Land of Smiles came about, namely, an opening for the General Manager position at The Sukhothai Bangkok. Again, Khun Eric’s expertise and vast international experience was required to open the luxurious Al Nawras Resort in Jeddah managed by Moevenpick Hotels & Resorts.

His next career move was back to Asia as General Manager of The Orchard Hotel in Singapore where he oversaw a multimillion dollar renovation project, successfully repositioned the property and won several prestigious awards in the process during his four-year tenure. He then returned to Bangkok to take up the position of Senior Executive Vice President of TCC Land Leisure Co., Ltd. and after a year was promoted to Deputy Managing Director of TCC Hotel Management Co., Ltd.

Khun Eric moved back to Singapore in the midst of the political unrest in Thailand to take up the position of Director of Operations and eventually Director of Development of the Amara Hotels & Resorts group restructuring the existing operations and developing new projects in Shanghai and Bangkok. After four years, Thailand’s Arnoma group offered him the Director of Development post responsible for repositioning the Arnoma Hotel Bangkok and eventually expanding the Arnoma brand.

He finally relocated to Bangkok to be closer to his family and was happy to take up his present responsibilities as Director of Operations for Arnoma Hotels with the aim of repositioning the Arnoma Hotel in Bangkok with its uniquely excellent location and eventually rebranding its sister hotel Felix Resort in Kanchanaburi to Arnoma Resort prior to further expanding the brand in the region. 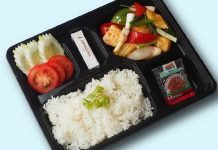 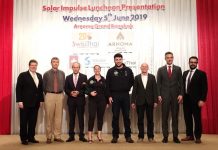 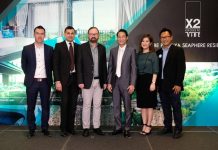