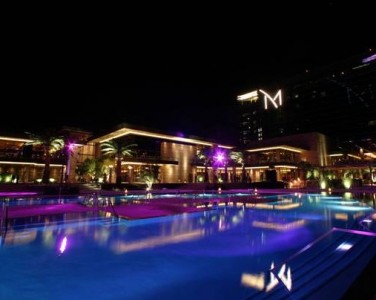 Maryland Heights, Mo. (USA) – 9 May 2012 – Penn National Gaming, Inc. announced today that it has entered into a definitive agreement to acquire the stock of the Harrah’s St. Louis gaming and lodging facility from Caesars Entertainment (CZR: Nasdaq) for total consideration of approximately $610 million. The transaction price represents a multiple of approximately 7.75 times the property’s trailing twelve month EBITDA (earnings before interest, taxes and depreciation) and will be funded through an add-on to Penn National’s existing Senior Secured Credit Facility. While the acquisition is a stock transaction, for tax purposes, it will be treated as an asset transaction which Penn National expects will provide tax benefits that will effectively reduce the purchase multiple to 6.75 times the property’s trailing twelve month EBITDA. Pro forma for the completion of the transaction, Penn National Gaming’s total debt to EBITDA leverage ratio will increase to 3.25 times from 2.75 times (at March 31, 2012).

The transaction, expected to close in the second half of 2012, is subject to customary closing conditions and regulatory approvals and upon closing, Penn National will re-brand Harrah’s St. Louis with the Company’s Hollywood-themed brand.

Harrah’s St. Louis is located in Maryland Heights, Missouri, directly off I-70 and adjacent to the Missouri River and approximately 22 miles northwest of downtown St. Louis, approximately eight miles west of Lambert St. Louis International Airport, and approximately 25 miles southwest of the Penn National’s Argosy Casino Alton. The facility is situated on over 294 acres along the Missouri river and features approximately 109,000 square feet of gaming space with approximately 2,600 gaming machines and 85 table games (including poker positions), a 500 guestroom hotel, nine dining and entertainment venues and structured and surface parking for 4,644 vehicles.

Peter M. Carlino, Chief Executive Officer of Penn National, commented, “The planned addition of Harrah’s St. Louis will further expand Penn National’s regional operating platform with a facility that is extremely well-positioned in a large metropolitan market. Under the terms of the agreement with Caesars, we are required to re-brand the facility. The re-branding with Penn National’s Hollywood brand — which has been successfully introduced at eleven other properties across the country — will invoke the glamour of 1930s’ art deco Hollywood. We look forward to working with Caesars over the upcoming months to ensure a seamless transition for all of our constituents including customers, employees, vendors and Missouri regulators.

“This accretive transaction represents yet another way for Penn National to sensibly leverage its industry-leading balance sheet to further expand our property portfolio. We believe the addition of Harrah’s St. Louis highlights our commitment to build shareholder value through return-focused capital deployment and complements our existing development pipeline which includes the scheduled opening of Hollywood Casino Toledo later this month and Hollywood Casino Columbus later this year along with the recent opening of Hollywood Casino at Kansas Speedway. We continue to evaluate other domestic regional gaming opportunities where we can leverage our balance sheet and proven operating disciplines.” 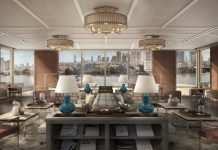 Capella Bangkok Delves Into the Culinary Heritage of the Riverside Community 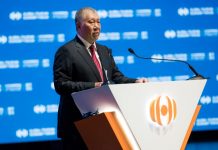