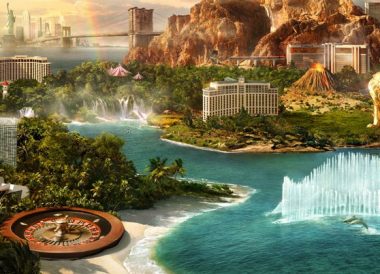 Las Vegas (USA) October 20, 2012 – MGM Resorts International (NYSE: MGM) today announced that MGM China Holdings Limited, a 51%-owned subsidiary, has formally accepted a Land Concession Contract in the form of a lease granted by the Macau Government to develop a five-star luxury resort and casino in Cotai, Macau. The Company has paid the Macau Government the sum of approximately $56 million as the initial payment of the contract premium. The Macau Government will arrange for publication of the Land Concession Contract in the Official Gazette of Macau in due course.

With a budget of approximately $2.5 billion, the world-class resort will include approximately 1,600 hotel rooms, 500 gaming tables, and 2,500 slots built on an approximately 17.8 acre site. The resort will feature over 85% gross floor area of non-gaming offerings, including exciting restaurant, retail and entertainment offerings.

MGM China Chairman and Executive Director Pansy Ho said: “We are extremely appreciative of the Macau government for the grant of the land concession contract and the opportunity to build a spectacular resort. Our Cotai property will demonstrate our continued commitment to contribute to Macau as it develops into an international tourism and entertainment hub as well as a convention and meeting destination.”

Jim Murren, Chairman and Chief Executive Officer of MGM Resorts, who also serves as Co‐Chairman of the Board of MGM China, said: “This destination resort represents a significant growth opportunity for MGM China. The project will fully demonstrate our strengths in terms of design and branding, quality of service, and thoughtful diversification of product offerings.”

Construction is expected to begin after the publication of the Land Concession Contract in the Official Gazette of Macau and is anticipated to take up to 36 months.

About MGM Resorts International
MGM Resorts International (NYSE: MGM) is one of the world’s leading global hospitality companies, operating a peerless portfolio of destination resort brands, including Bellagio, MGM Grand, Mandalay Bay and The Mirage. In addition to its 51% interest in MGM China Holdings, Limited, which owns the MGM Macau resort and casino and is in the process of developing a gaming resort in Cotai, the Company has significant holdings in gaming, hospitality and entertainment, owns and operates 15 properties located in Nevada, Mississippi and Michigan, and has 50% investments in three other properties in Nevada and Illinois. One of those investments is CityCenter, an unprecedented urban resort destination on the Las Vegas Strip featuring its centerpiece ARIA Resort & Casino. Leveraging MGM Resorts’ unmatched amenities, the M life loyalty program delivers one-of-a-kind experiences, insider privileges and personalized rewards for guests at the Company’s renowned properties nationwide. Through its hospitality management subsidiary, the Company holds a growing number of development and management agreements for casino and non-casino resort projects around the world. MGM Resorts International supports responsible gaming and has implemented the American Gaming Association’s Code of Conduct for Responsible Gaming at its gaming properties. The Company has been honored with numerous awards and recognitions for its industry-leading Diversity Initiative, its community philanthropy programs and the Company’s commitment to sustainable development and operations. For more information about MGM Resorts International, visit the Company’s website at www.mgmresorts.com.

About MGM China Holdings Limited
MGM China is one of the leading casino gaming resort developers, owners and operators in the greater China region. The Company is the holding company of MGM Grand Paradise, S.A., which holds one of the six gaming concessions/subconcessions to operate casino games in Macau. MGM Grand Paradise currently owns and operates MGM Macau, the award-winning, premium integrated casino and luxury resort located on the Macau Peninsula and is in the process of developing a gaming resort in Cotai. It is traded on the Main Board of the Stock Exchange of Hong Kong under stock code 2282 and is a subsidiary of MGM Resorts International (NYSE: MGM).

Statements in this release that are not historical facts are forward-looking statements involving risks and/or uncertainties, including those described in the company’s public filings with the Securities and Exchange Commission. We have based forward-looking statements on management’s current expectations and assumptions and not on historical facts. Examples of these statements include, but are not limited to, statements regarding publication of the Land Concession Contract in the Official Gazette of Macau and the scope of the planned luxury resort and casino in Cotai. These forward-looking statements involve a number of risks and uncertainties. Among the important factors that could cause actual results to differ materially from those indicated in such forward-looking statements include effects of economic conditions and market conditions in the markets in which we operate and competition with other destination travel locations throughout the United States and the world, the design, timing and costs of expansion projects, risks relating to international operations, permits, licenses, financings, approvals and other contingencies in connection with growth in new or existing jurisdictions and additional risks and uncertainties described in our Form 10-K, Form 10-Q and Form 8-K reports (including all amendments to those reports). In providing forward-looking statements, the Company is not undertaking any duty or obligation to update these statements publicly as a result of new information, future events or otherwise, except as required by law. 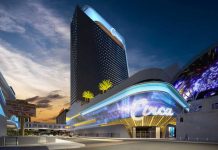 Circa Resort and Casino to Debut in Las Vegas, December 2020 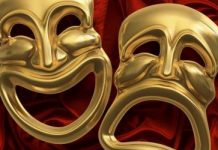 Get the Best Seats and Best Tickets at TopTicket