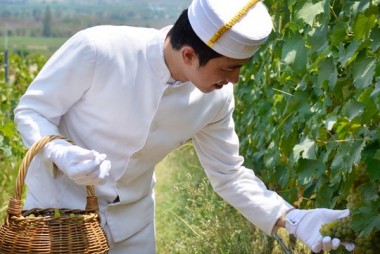 Bangkok (Thailand) – August 30, 2013 – The Peninsula Bangkok is offering guests a new experience which on the surface appears to marry two diametrically opposite activities – elephants and wine.

The majestic and iconic elephant is Thailand’s favourite jungle beast. Tourists buy wooden and silk varieties as souvenirs (for example from famous producer Jim Thompson) in their thousands, as gifts for loved ones the world over.

In the 19th Century (1855-1916) Thailand’s national flag featured a rare white elephant on a red background. A white elephant is also included in the flag of the Royal Thai navy, and the “order of the white elephant” is one of the highest honours, bestowed by the king.

Elephants have been revered in Thailand for many centuries. Famous as the strongest beasts of burden, in Thailand they were important in battle, with kings mounted on elephants fighting the Burmese to defend Thailand on many occasions. They have also been noted for their intelligence, memory and pleasant nature. A Thai legend has it that a marriage is like an elephant – the husband is the front legs, who steers and chooses the direction, the wife the back legs, providing the power!

Marrying wine and elephants together is the feature of a new indulgent programme on offer at the Peninsula Bangkok: Fine Wine Meets Adventure – Elephant rides in Hua Hin Vineyard.

On this full-day trip, guests will fly by private helicopter from the hotel’s rooftop helipad to Hua Hin, where they will visit the unique Hua Hin Hills vineyard of Khun Chalerm Yoovidhaya, the owner of Siam Winery who has developed the vineyard. (Khun Chalerm is listed by Forbes this year as Thailand’s 31st richest man and owner of energy drink Red Bull, with a passion for F1 as well as wine.)

Marrying wine and food is not new, but elephants and wine is a recent phenomena, along with the birth of Thai wines. Ten years ago, locally-produced wine was unheard of. Director of Business Development, Kim Wachtveitl at Siam Winery worked with other team members and wine makers to develop Monsoon Valley wine. He recalls the first stages of introducing Thai wine to consumers and says, ‘Of course at first, people didn’t believe us. The questions in their minds were, “Is it possible? Is it any good?”

Thailand has a great reputation for many things including Thai food; Thai smiles and it’s elephants, but fine wine hasn’t been one of them.

Is it possible to develop quality wine and integrate a wine culture into Thailand? Kim Wachtveitl says it is. He has always been immersed in the hotel and hospitality industry, which helped shaped his path into working with wine. Wachtveitl’s father Kurt was the general manager of Thailand’s Mandarin Oriental hotel for over 40 years. So Wachtveitl lived in the hotel for 10 years before going to Germany for boarding school. He grew up in a unique environment surrounded by good food and fine wines.

Peninsula guests will visit Hua Hin Hills vineyard, a former corral where Asian elephants were domesticated and the vineyard is now home to the majestic animals. During the day, guests will enjoy an elephant ride through the breathtaking valley and interact first hand with the elephants.

A culinary experience will then take place in The Sala, designed by Sylvia Soh, a former Norman Foster architect, including wine tastings with the vineyard’s sommelier and dishes prepared by The Peninsula Bangkok’s Executive Chef.

The trip also includes an opportunity to design and paint personalised wine labels, while a videographer and photographer is on-hand to record the day. Guests will be presented with the flagship Monsoon Valley wine – Cuvee de Siam Rouge – as a memento of the day. 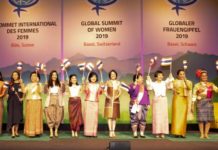 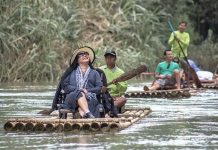