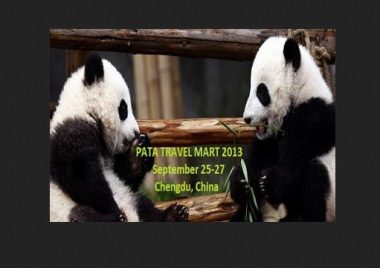 Alongside the Mart, the PATA Board Meeting will be held September 27-29 at the Intercontinental Hotel in Chengdu.

On the 2013 Mart venue, Craigs said: “Chengdu is one of the fastest-growing destinations and source markets in China. The Mart makes it easy for buyers and sellers to build their Asia Pacific travel businesses. We look forward to working with good quality buyers and vendors to make PTM 2013 a magnificently productive show for all attendees.”

Chengdu has been acclaimed as a leading tourism city by the UNWTO and the CNTA. It is increasingly popular in the MICE segment.

Mr. Zhao Miao, Vice Mayor of Chengdu, said: “Following Beijing and Hangzhou, Chengdu is the third city in mainland China to win the bid to host PATA Travel Mart. Chengdu is the first city to host PTM in Midwest China. Hosting PTM2013 is a milestone event for Chengdu to get ready internationally. It is also a vital step to becoming a world-class travel destination. We will work closely with PATA to ensure the success of PTM2013.”

Helmut Mochel, Director, Eurasia Erlebnisreisen, Germany, a PTM seller, said of the 2012 Mart in Manila: “I enjoyed participating. I was happy with the new business contacts generated. The system of prearranged appointments was very useful. Many of the buyer delegates were highly qualified and represented interesting companies.”

Joel Keimelo, Marketing Officer, PNG Tourism Promotion Authority, Papua New Guinea, a PTM seller, said: “PTM2012 was a big success for our clients. They are already talking about making business in 2013, which is very good. I believe PATA is the ideal platform for business. Papua New Guinea Tourism is very grateful for the opportunity to join.”

PTM buyer, Mr. Andy Ling, President, Canada One Travel, Canada, said: “PTM was a useful event for me indeed. Meeting up with new and existing friends in the industry under one roof was great.” 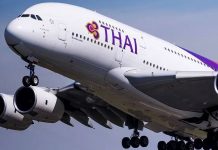 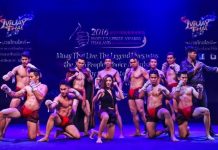