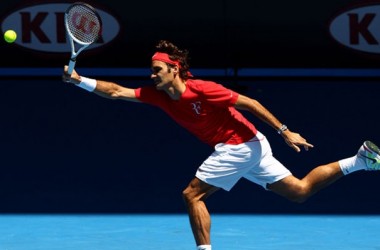 Melbourne (Australia) – January 16, 2012 – Roger Federer has finished as the fans’ overwhelming favourite to capture the 100th Australian men’s championship, picking up more than 50 per cent of the votes in the first of our australianopen.com polls.

In the latest australianopen.com poll we ask which of the favourites you think will clinch this year’s women’s singles crown.

Almost 29,000 people voted on our first poll, with Federer widely picked as he bids for a fifth crown at Melbourne Park.

World No.1 Novak Djokovic picked up only 24% of the votes, while 2009 champion Rafael Nadal was picked as third favourite receiving 17%. Andy Murray was the only other player to figure, with 4% of people picking him to win the tournament.

Three per cent thought a player outside those four will win it.

They have travelled around China and Australian now Norman and Daphne have finally returned home.

After a trophy tour which has kept them on the road since October last year, the Norman Brookes Challenge Cup and the Daphne Akhurst Memorial Cup were welcomed back to Melbourne amongst a sea of ballkids and a chorus of trumpets, prior to the gates opening for the 2012 event.

Tennis legend Jim Courier and Australian celebrity Dannii Minogue were on hand to officially unveil the trophies ahead of gates opening on the first day of the Australian Open.

Sir Norman Brookes became the first non- Briton to win the Wimbledon title in 1907 before going on to be crowned Australian Open champion in 1911.

Daphne Akhurst was also a legend of Australian tennis. She owned the Australian Grand Slam tournament throughout the 1920s and 30s when she won five consecutive titles between 1925 and 1930.

Speaking at the presentation, former Australian Open champion Courier said there was a buzz of excitement and anticipation around the tournament.

“As you walk through the corridors all the players are hustling and bustling, the coaches are going to and fro and everyone has that anticipation,” he said

“I think also being in January where it is in the tennis calendar, there’s a strong sense of ‘wow, we’re really starting the year now’!”

Courier said it would be difficult to predict who would win the Norman Brookes Challenge Cup come the final Sunday of the tournament.

“I think on the men’s side it’s hard to look past the top three. These are the guys that have really won all the majors for the last four or five years with Djokovic, Nadal and Federer. “

Melburnian Minogue said she was pleased that her home town would be on the world stage over the next two weeks.

“I just feel so proud as a Melburnian that this event is so well organised, so beautiful. You get a feeling that all of the international guests have a great time,” she said

“I think this year that if we keep up the weather it’s going to be amazing.“

Minogue revealed her attachment to the event that she attended in her youth and was happy her young son Ethan could continue that tradition.

“I came with my mum and my grandma, she’s really into tennis,” she said.

“Now today is the first day that Ethan will be coming down with [husband] Chris so it’s definitely a generational thing.”

The gates of Melbourne Park officially opened at 10am Monday allowing fans to stream into the grounds before play commenced at 11am.

Hundreds of thousands of fans from around the world are expected to pass through the gates over the next fortnight. 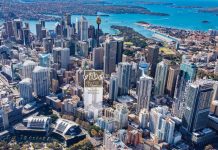 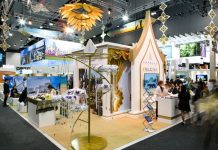 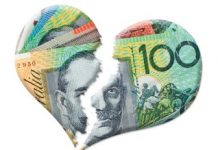 Australians lose over $80 million to scams in 2014