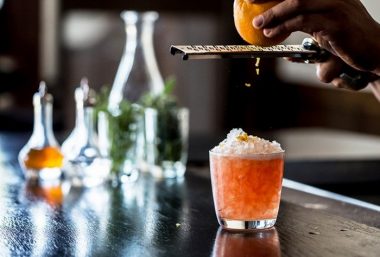 Bangkok (Thailand) – June 7, 2016 (travelindex.com) – Negroni Week is a week-long charity initiative first created in May 2013 by Imbibe magazine (US) with the goal of celebrating one of the world’s greatest cocktails, whilst raising money for charity.

Since 2014, Imbibe has teamed up with Campari to present Negroni Week on a global scale. In 2016, Campari will act as the Presenting Sponsor as it did for the past two years, and it has again committed to donating $10,000 to the charity chosen by the bar/restaurant that raised the most money during Negroni Week.

From 6th to 12th June 2016, bars around the world will be mixing Negroni and donating a portion of proceeds from each one sold to a charity of their choice.

About Campari
Campari is a contemporary and charismatic classic. The recipe, which has remained unchanged, originated in Novara in 1860 and is the base for some of the most famous cocktails around the world.

Campari is an alcoholic spirit obtained from the infusion of bitter herbs, aromatic plants and fruit in alcohol and water. With its vibrant red colour, intense aroma and inspiring flavour, Campari has always been a symbol of intrigue and pleasure, which unfurls itself into a captivating drinking experience. These are the values that have made the Campari brand famous throughout the world as an icon of passionate Italian style and excellence.

About Imbibe
Imbibe is the ultimate guide to liquid culture. In every issue of the James Beard award-winning magazine and on imbibemagazine.com, you’ll find the world’s top drink destinations, recipes and in-depth stories—everything you need to know about the people, places and flavors of drinks.
Imbibe also publishes cocktail books and produces drink-related events, including Negroni Week.

About Negroni
The Negroni is an adaptation itself – of the Americano, a simple blend of Campari, vermouth and soda. The story goes that the drink was invented in Florence in 1919 when Count Negroni asked for a slug of gin in his Americano in place of the soda. So the aromatic and dangerously alcoholic Negroni was born, and thence adopted by Italians as an appetite-building pre-dinner drink, or a palate-cleansing settler for afterwards.

The drink has rarely been tampered with in the near-century since it was born. It’s now a super-modish choice in hipster pubs and enthusiastic cocktail bars, where whole Negroni menus are emerging, but the basic blueprint remains the same – making it an easy cocktail to whip up, one part gin, one part Cinzano vermouth rosso and one part Campari, garnished with orange peel.

About The House on Sathorn
The 127-year-old colonial mansion on Sathorn Road in the heart of Bangkok offers nostalgic, theatrical flair to the city’s old-and-new juxtaposing scene as it is transformed into a hot venue fuelled with artisanal New Asian Cuisine, signature cocktails, splendid afternoon tea, and experiential vibes.
The House on Sathorn, one of the most recognizable landmarks of Bangkok, is located on the Sathorn and Narathiwas intersection, right next to W Bangkok hotel. It aims to offer unparalleled service, a one-of-a-kind experience to the Bangkok crowd in a comfortable and friendly yet luxurious setting.

About Operation Smile Foundation Thailand
Operation Smile conducted its first mission in Thailand in 1997. An international team of medical volunteers conducted two medical missions: one in Bangkok at the King Mongkut Hospital, and the other at the regional hospital in Yasothorn province. During these missions 172 Thai children suffering from cleft lips and/or cleft palates received free surgeries.

Operation Smile Foundation Thailand – Quick Facts
– In as little as 60 minutes, one cleft lip surgery can change a child’s life forever.
– Approximately one in every 700 babies in Thailand is born with a cleft lip or cleft palate.
– A cleft lip or cleft palate operation costs approximately 25,000THB.
– Untreated cleft lips and/or cleft palates are far more common in rural Thailand than urban areas.
– Children with facial deformities who do not receive reconstructive surgery often have difficulty breathing, drinking, eating and speaking. As a result, many suffer from malnutrition, medical and psychological problems.
– Since 1982, more than 140,000 children and young adults have been treated by thousands of Operation Smile volunteers worldwide and thousands of healthcare professionals have been trained globally.
– Operation Smile provides care for children in 60 countries. 9 resource countries raise funds and provide medical volunteers, while 42 program countries receive education and training and conduct surgeries.
– Operation Smile Thailand has treated over 7,000 children since 1997.
– In 2006, Operation Smile Thailand partnered with the Thai Speech and Hearing Association to produce the first Thai language manual for parents and their children who need integral cleft lip and cleft palate care.

Negroni Week Quick Q&A
1.What is Negroni Week?
Negroni Week is a week-long charity initiative first created in May 2013 by Imbibe Magazine (US) with the goal of celebrating one of the world’s greatest cocktails, whilst raising money for charity.

3.Is there a theme for this year’s event?
There isn’t a theme as per se, however, the campaign concept is ‘There’s no cheers without a cause’ which embodies what the project stands for – each Negroni bought will have a portion of its proceeds go to the bar’s or restaurant’s chosen charity.

4.How can bars and restaurants register and participate?
Outlets wishing to participate can find further information and sign up by visiting www.negroniweek.com from 15th March 2016 until end of May 2016 as well as following #NegroniWeek on social media. All the relevant information is hosted on the website including downloadable assets to support each venue. Bars will need to choose their charity to donate to before sign-up and will be encouraged to host a series of events during the week to launch the initiative and engage consumers as much as possible.

5.How can venues choose a charity?
There are no official guidelines about what charities participating outlets can donate to. However, we would advise each outlet to donate a minimum of $1 / €1 per drink. 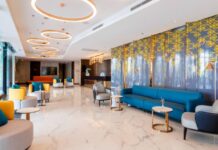 Best Western Takes Off with New Hotel at Bangkok’s Airport 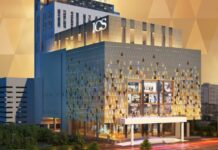 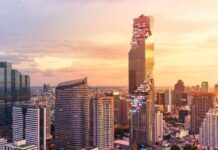 The Standard to Open its Asia Flagship Hotel in Bangkok