Krakow (Poland) – May 2, 2017 (travelindex.com) – Tourism stakeholders have convened in Krakow, Poland, in the 3th World Tourism Organization International Congress on Ethics to underline the need to continue advancing the ethical framework of the sector. The event, which was conducted on 26-28 April, is one of the pillars of the ‘Enhancing the Understanding of European Tourism’ Project, implemented by UNWTO in cooperation with the European Commission.

The Krakow Conference has served to present the UNWTO Recommendations on the Responsible Use of Ratings and Reviews on digital platforms. The guidelines were developed by the World Committee on Tourism Ethics (WCTE) with the collaboration of TripAdvisor, Minube and Yelp.

“The UNWTO Recommendations on the responsible use of ratings and reviews on digital platforms are a groundbreaking work resulting from a strong partnership and engagement of TripAdvisor, Minube and Yelp. We know that ratings and reviews are today critical for consumer decisions and UNWTO and the World Committee on Tourism Ethics could not have advanced this important work without them,” said UNWTO Secretary-General Taleb Rifai.

The Global Code of Ethics for Tourism (GCET) is a comprehensive set of principles designed to guide key-players in tourism development. Addressed to governments, the travel industry, communities and tourists alike, it aims to help maximize the sector’s benefits while minimizing its potentially negative impact on the environment, cultural heritage and societies across the globe.

Adopted in 1999 by the General Assembly of the World Tourism Organization, its acknowledgement by the United Nations two years later expressly encouraged UNWTO to promote the effective follow-up of its provisions. Although not legally binding at this stage, the Code features a voluntary implementation mechanism through its recognition of the role of the World Committee on Tourism Ethics (WCTE), to which stakeholders may refer matters concerning the application and interpretation of the document.

Since 2011 a total of 513 companies and associations from 69 countries have adhered to the Private Sector Commitment to the Code, pledging to promote and implement its principles and report the actions taken in that respect to UNWTO on a regular basis. 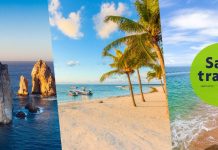 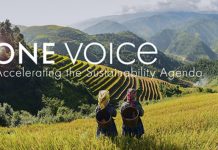 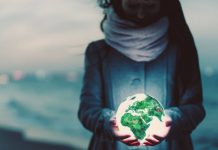