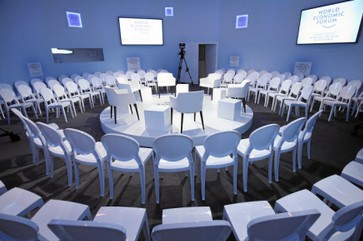 New York, NY (United States) – July 1, 2015 – Some of the world’s largest finance-sector companies are reviewing their business models following the rapid growth of financial technology (fintech) entrants in the sector. This is the main finding of a World Economic Forum report entitled The Future of Financial Services: How Disruptive Innovations Are Reshaping the Way Financial Services Are Structured, Provisioned and Consumed, which is being released today.

The Forum’s report draws on more than 100 interviews with industry experts and a series of workshops where executives from global financial institutions such as UBS, HSBC, Deutsche Bank, Barclays, Visa and MasterCard met with leading global fintech innovators like Zopa, Funding Circle, Transferwise and Ripple to discuss the future of their industry.

“For decades, banks and insurers have employed similar, highly profitable business models. But they realize an Uber moment may finally be coming to their sector,” says R. Jesse McWaters, lead author of the report at the World Economic Forum. “Financial technology companies are deploying online platforms, have small capital bases and make strategic use of data to acquire customers and revenues at a fast pace. Banks and insurers noted that, and are contemplating their response.”

As a result, financial services are reconsidering their future business scenarios in some very fundamental ways. “Bankers used to think regulation would make financial services less appealing for new entrants, but now the penny is dropping that non-bank rivals can just attack more profitable areas and skim the cream”, says Morgan Stanley’s Huw van Steenis, a member of the working group. It opens the door to industry scenarios not dissimilar to those of AirBnb in accommodation, Uber in transport or Amazon in retail.

With global investments of $12.2 billion in 2014 in the fintech sector – more than threefold compared with 2013 – disruption in the financial sector is not a one-off, but rather a continuous pressure to innovate as new entrants lay claim to more and more of the estimated $6.6 trillion on revenues at stake in global retail financial services. “Innovation will shape customer behaviours, business models and the long-term structure of the financial services industry. Banks and insurance firms are already starting to see the effect of disruptors, and we believe much more is to come,” says Chris Harvey, Global Leader, Financial Services, Deloitte Touche Tohmatsu Limited*.

However, while innovators will force incumbents to change, it doesn’t mean that the brand names we know will disappear. “Many large financial institutions are highly focused on responding to disruption,” says Giancarlo Bruno, Head of Financial Services at the World Economic Forum. “Incumbents are learning from challengers, adapting their offerings and identifying opportunities to collaborate with new players.”

All about the The Future of Financial Services: http://reports.weforum.org/future-of-financial-services-2015/ 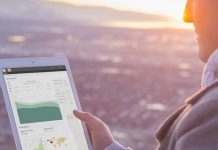 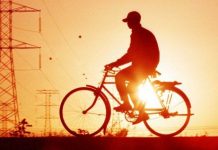 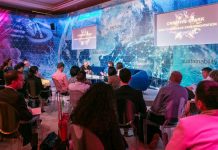