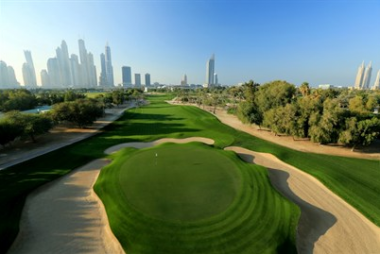 Dubai (United Arab Emirates) – November 5, 2015 (travelindex) – Emirates Golf Club’s Majlis Course Named Best Course in the Middle East
The iconic Majlis Golf Course at Emirates Golf Club, the annual host of the European Tour sanctioned Omega Dubai Desert Classic, has officially been recognised as the ‘Best Course in the Middle East’ at the recent ‘Asian Golf Monthly Awards 2015’, held at the award-winning Orchid Country Club in Singapore. This is the second time in five years that the Majlis course has been awarded this prestigious award at the coveted Asian Pacific Golf Summit.

Emirates Golf Club, managed by Dubai Golf under wasl Asset Management, remains an iconic golfing venue in the United Arab Emirates. The Club was the first all grass course in the Middle East when it opened in 1988 and today boasts world-class golfing facilities on the championship Majlis and Faldo courses, combined with casual and fine-dining restaurants, swimming, fitness and recreation facilities making it a renowned all-encompassing leisure hub.

The pinnacle of the rapidly expanding Asian golf industry brings together the world’s leading golf developers, operators, suppliers, investors and consultants for the 2015 Asia Pacific Golf Summit under a new format billed as ‘The World’s First Town Hall Debate’ on golf including two days of debate and discussions with this year’s two day summit featuring guest speaking appearances from all-time greats of the game Andy Stangenburg, Stacey Walton, Andrew Wood and James Cronk. James Cronk, president of the Cronk Group explained “To see so many influential people in golf in one room was truly awe-inspiring and it’s evident that the whole community, including APGG, is doing so much for growing golf in Asia”.

Having recently become the first club in the Middle East North Africa (MENA) region to become GEO Certified, this accolade further confirms the club’s position at the forefront of golf worldwide and being recognized as the best of the best in the golf industry in the Asia Pacific. Andrew Whitelaw, Club Manager of the Emirates Golf Club explained;

“Over the years the Emirates Golf Club has received a number of significant awards but its particular pleasing to be recognised by such an increasingly influential golfing market at a time when new championship courses continue to be opened in the Middle East. Despite the healthy competition, these awards underline the Emirates Golf Club’s international reputation as the home to one of world’s finest championship courses.”

Since its introduction as the first grass course in the region in 1988 through the inspired vision of His Highness Sheikh Mohammed bin Rashid Al Maktoum, Vice-President and Prime Minister of the UAE and Ruler of Dubai, the Majlis Course affectionately known as ‘The Desert Miracle’, has matured into a modern day classic.

“The Majlis is distinguished by both the year long championship condition of the course as well as the challenge it offers to amateurs enjoying a social four-ball or professional playing from the championships tees. It remains the course to play with large numbers of visitors from the Asia Pacific region coming year on year to experience the world-class Majlis course and unrivalled standard of service at the club. Through a series of investments to the clubhouse and the course, we remain focused on setting the standard for golf in the region”, added Whitelaw.

With its distinctive natural features and rolling desert terrain, the course has been long admired and loved by visitors from Asia Pacific and local members and will welcome the world’s best players for the forthcoming Omega Dubai Ladies Masters and Omega Dubai Desert Classic tournaments. 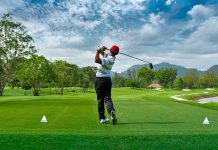 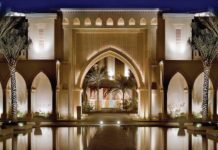 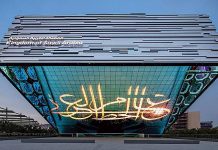