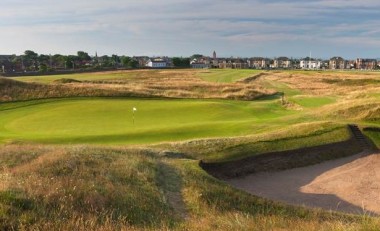 Prestwick, Scotland (United Kingdom) – June 17, 2015 – Prestwick Golf Club, the Birthplace of the Open Championship in 1860, has announced its green fee rates for 2016 in conjunction with the launch its new website (www.prestwickgc.co.uk) that provides visitors access to a new on-line booking facility. 18 holes Monday to Friday will cost £165 with a day ticket £225. Weekend rates will be £190 and £250 respectively.

Ken Goodwin, Secretary, commented “As the Birthplace of the Open Championship, Prestwick Golf Club enjoys a unique place in the history of golf and championship golf in particular.

“A visit to Prestwick is an experience that extends to more than just playing golf – our visitors can enjoy all the facilities on offer to our members, including the famous Prestwick lunch and a guided tour of the Club’s unique and historical golfing memorabilia charting the early history of the Open Championship.”

“With St Andrews centre stage this summer attention is already beginning to focus on events along the Ayrshire coast in 2016. The Open Championship returns to Royal Troon, Prestwick’s neighbour and the eagerly awaited revamp of Trump Turnberry’s Ailsa course is due in May 2016.

“Three Open venues sharing the same coastline will make Ayrshire the must book destination for discerning golfers in 2016.”

Ken added, “There are some things that only Prestwick can offer. Every visitor can boast to have played the oldest hole in world championship golf after completing their round as the famous 17th hole, known as the Alps (originally the second hole on the 12 hole course that hosted the first twelve Opens) remains as it was in 1860 to this day – it’s condition has somewhat improved.

“Visitors are often unaware that they are playing part of the original 1851 course at Prestwick. This was the first course that Old Tom Morris laid out and six of his original greens are still in use today. They remain unchanged from those played by the likes of Old and Young Tom Morris and Willie Park.”

Prestwick’s historic links stretches to 6,908 yards off the championship tees and is always in pristine condition.

For the once in a lifetime visit a must try is The Prestwick Experience – a round of golf followed by lunch in the Club’s famous Dining Room. This is available on Wednesday and Friday mornings and will cost £185 in 2016.

To whet the appetite for those not able to visit in the coming months the new Prestwick website provides a bird’s eye view of the course an opportunity to read and view the historical role that Prestwick has played as the Birthplace of the Open Championship. After that booking your own Prestwick experience is only a click away.

About Prestwick Golf Club:
Prestwick Golf Club was formed in 1851 and is one of the oldest golf clubs in the world. Old Tom Morris, the Club’s first Keeper of the Green, Club and Ball Maker, laid out the original 12 hole course. The Club inaugurated the Open Championship in 1860 and hosted the event 24 times – a record exceeded only by the Old Course at St Andrews. 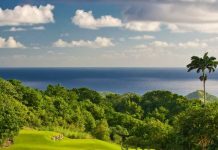