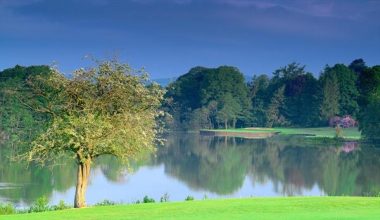 Belfast (Northern Ireland) – December 8, 2017 (Bernard A. Metzger, Member of the International Golf Travel Writers Association) – Northern Ireland is where you’ll find some of the world’s most famous links courses, Royal Portrush and Royal County Down and the country has produced three golfers good enough to win three major championships in just over a year. Northern Ireland is a thrilling golf destination.

Its success is no coincidence, however. Underpinning that are some of the finest golf courses to be found anywhere in the world and many of the game’s greatest players have trodden their hallowed fairways down the years.

While the land of the Giant’s Causeway has been something of a slumbering giant as a golf destination in comparison with its neighbours up until now, it has been roused under the increasing glare of the golfing world’s spotlight thanks to its superstar venues.

Royal Portrush and Royal County Down are rated among the best in the world for their championship links with the latter, just an hour south of Belfast, topping the world’s 100 greatest courses rankings by Golf Digest in 2016.

Royal Portrush, on the Causeway Coast, will focus the global spotlight on Northern Ireland even more when it hosts the Open Championship in 2019 for the second time. Nearby Portstewart, another celebrated links course, also helped raise the bar when it staged the Dubai Duty Free Irish Open in July 2017, attracting a host of golf stars with its purse of £5.5 million and providing Spain’s Jon Rahm, recently voted European Tour Rookie of the Year, with his first European Tour victory. It Northern Ireland’s third time hosting the event since 2012, Royal County Down and Royal Portrush having both been previous venues.

Golfers from all over the world make a spiritual pilgrimage to play Northern Ireland’s celebrated Royal links championship courses and both have a distinguished pedigree.

Golf legends Old Tom Morris, Harry Colt and Harry Vardon all put their stamp on Royal County Down’s Championship Links. Old Tom Morris was brought in to extend the original nine holes to 18 through dunes below the Mourne Mountains in 1889, for the princely sum of £4, while Harry Vardon and Harry Colt subsequently made changes, some holes later modified by Donald Steel. Besides the Irish Open, it has hosted many top tournaments, among them eight Ladies’ British Open Amateur Championships, the Curtis Cup in 1968 and the Walker Cup in 2007. In that, Rory McIlroy represented Great Britain and Northern Ireland while the victorious US team included future stars Rickie Fowler, Dustin Johnson, Billy Horschel and Webb Simpson. Its par-66 Annesley course is also highly rated.

Founded in 1898 with two 18-hole courses, Royal Portrush Golf Club’s celebrated Dunluce Links was redesigned by Harry Colt in 1932 and has hosted the Open once before, in 1951, when Max Faulkner won. Its 17th and 18th holes have been replaced by spectacular new 7th and 8th holes, borrowed from an area of duneland spanned by two holes of its sister Valley course, to allow for the spectator village area at the 2019 Open. The new holes opened for play to critical acclaim in June 2017. Other tournaments it has hosted include the Irish Open four times and the Senior British Open six times. Royal Portrush also offers the par-70 Valley course.

It may not have the royal monicker, but Portstewart Golf Club, just 15 minutes from Royal Portrush, has 54 holes of links golf and boasts one of Ireland’s most modern clubhouses, completed in 2009. Its Strand Course, venue for the 2017 Dubai Duty Free Irish Open, is set amidst towering dunes between the Atlantic and the River Bann and its opening hole is regarded by many as the best in Ireland. Two-time Open champion Willie Park Jr was responsible for one of its makeovers.

Play Northern Ireland’s courses and you are likely to come across its three local heroes, all of whom are still members of courses where they learnt to play as youngsters.

Graeme McDowell (US Open Champion, 2010) was born and grew up in Portrush and was awarded life membership of Royal Portrush Golf Club in 2002 after his maiden win on the European Tour. His brother is on the club’s greenkeeping staff. Darren Clarke cut his teeth as a golfer at Dungannon Golf Club. A life-size photograph of him holding the Open Championship’s famous Claret Jug greets visitors in the clubhouse entrance while the members’ area showcases memorabilia including photographs highlighting his success as well as a painting of the signature par-3 9th, named the Darren Clarke hole and one of six new holes he designed at the venerable club.

Darren is also a member of Royal Portrush and has lived in the town. A replica of the Claret Jug is displayed in its clubhouse, commemorating his Open win. Nearby is a card showing the course record 61, shot by a 16-year-old Rory McIlroy, for the old layout before recent changes. Rory (he won the US Open and Open Championship in 2011, and the US PGA Championship in 2012 and 2014) honed his skills on the hilly fairways and greens of Belfast’s Holywood Golf Club, just outside Belfast. A special area of the clubhouse is a shrine to him, with memorabilia including photographs of his early years playing there and replicas of the US Open and US PGA trophies.

Its courses also attract plaudits from many of the game’s top professionals. They include:
– Ernie Els (Royal County Down): “The scenery is unbelievable, you have so many great golf courses in this country and the people are wonderful, I really enjoy coming.”
– Rickie Fowler (Royal County Down): “They definitely enjoy their golf here and it’s fun to be over here and see their enthusiasm about it.”
– Soren Kjeldsen (after his Irish Open 2015 win at Royal County Down): “It’s a wonderful place to visit, it has been very special.”
– Rory McIlroy: “That frontline on Portstewart is probably one of the best nine holes in the world…that run of holes in incredible.”
– Padraig Harrington (Portstewart): “The venue is fantastic.”

Follow in their spike marks and golfers can play some of the most memorable courses they will ever experience. 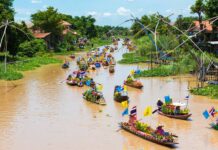 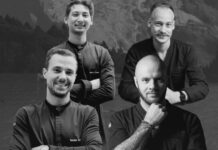 From the Swiss Alps to the Andaman Sea 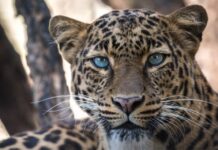