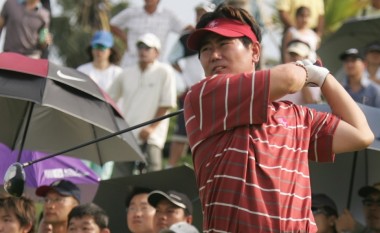 Hong Kong (Hong Kong) – July 30, 2013 – Korean Y.E. Yang and Spaniard José Maria Olazábal will lead the Asian and European Teams respectively at the next edition of the Royal Trophy to be played on 20-22 December 2013 at Dragon Lake Golf Club in Guangzhou, People’s Republic of China.

“I am truly honoured to undertake the leadership role of Asian Team Captain for the next edition of the Royal Trophy,” stated Asia’s first ever Major winner Y.E. Yang.

“I am committed to building a very strong team for our continent’s defense of the Royal Trophy. I will do my utmost to retain stewardship of the Trophy in Asia and look forward to the Matches with great excitement and anticipation,” added the winner of the 2009 US PGA Championship.

“Last year’s edition of the Royal Trophy was tremendously competitive and we secured the victory on a play-off. I am certain that the Europeans will compete fiercely once again as there is great pride at stake, but we will be fully prepared to confront them with the greatest energy and unrelenting perseverance,” concluded the Korean golf superstar.

Asia is the defender of the Royal Trophy having prevailed over the Europeans in the latest edition of the competition in a dramatic and emotional play-off, with Koreans Y.E. Yang and K.T. Kim defeating European Ryder Cup stars Francesco Molinari and Nicolas Colsaerts in the Sultanate of Brunei.

“It is always a great honour and responsibility to represent our European continent. To lead the European Team as Captain once again is very special and we will play very hard to win the Royal Trophy for Europe,” said the two-time Masters winner and legendary European Ryder Cup captain and player José Maria Olazábal.

“I congratulate Y.E. Yang on his nomination as Asian Team Captain and look forward to the competition in China. The Asian Team continues to grow in strength and we will travel to Guangzhou well prepared to face a very competitive Asian Team,” added the master of team golf widely recognized as, together with the late Seve Ballesteros, having formed the most successful and charismatic partnership in Ryder Cup history.

“To win the Royal Trophy for Europe would be extremely rewarding, especially as this Event had a great meaning to my great friend Seve Ballesteros,” concluded the winner of thirty career professional titles Olazábal.

Y.E. Yang has represented the Asian continent at the Royal Trophy two times as a player and will assume the Asian captaincy following a historic five-year leadership by the 35-tournament title winner Naomichi ‘Joe’ Ozaki; which featured two highly celebrated Asian victories. José Maria Olazábal has captained the European Team twice, including in 2012, but is yet to produce a victory for his continent.

“We congratulate José Maria Olazábal and Y.E. Yang on their captaincy nominations and we thank them for being part of the next edition of the Royal Trophy. We are looking forward to a very important edition of the Royal Trophy as it is played for the first time in the People’s Republic of China. We are certain that the two captains will lead their respective Teams with the greatest determination,” stated Ivan Ballesteros, Royal Trophy Co-Managing Director.

The seventh edition of the Royal Trophy – Europe vs Asia Golf Championship will be held at Dragon Lake Golf Club in Guangzhou, Guangdong Province in the People’s Republic of China on 20-22 December 2013. The continents will compete in a series of 16 foursomes, four-ball and singles matches. The Royal Trophy Players’ Committee is comprised of Sir Nick Faldo, Ian Woosnam OBE, José Maria Olazábal, Paul McGinley, Isao Aoki, Naomichi ‘Joe’ Ozaki and Jeev Milkha Singh. 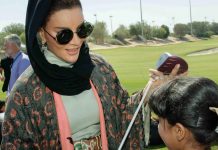 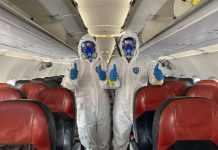