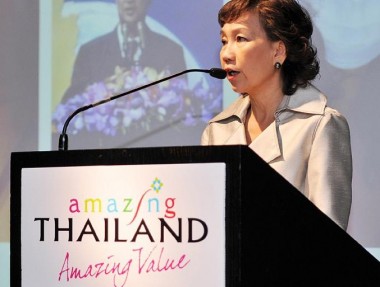 Bangkok (Thailand) – September 15, 2014 – The Tourism Authority of Thailand (TAT) is planning a high-profile presence at the Seatrade Med Cruise Convention in Barcelona, Spain, between 16-18 September, 2014, as part of a strategy to upgrade the kingdom’s brand image in the rapidly-growing global cruise market.

According to Mrs. Juthaporn Rerngronasa, Deputy Governor for Europe, Africa, Middle East and America, the Seatrade Convention will be the first of a series of travel trade events and roadshows to be organised by TAT in the last few months of 2014, the traditional high season for the Thai tourism industry.

According to the Ministry of Tourism and Sports, the total number of international tourist arrivals to Thailand in the January-August 2014 period is equal to 15.7 million. The European Region accounts for 4.13 million arrivals, with growth of 3.16 per cent over the same period of 2013.

Mrs Juthaporn said, “Europe is proving to be an important source market in these challenging times. The growth of this market is significant to the Thai tourism industry. An all-out effort is being mounted to ensure the best possible visitor turnout in the last quarter of 2014. Penetrating the cruise market is an important component of this.”

In addition to being a good source of luxury, high-end visitors, cruises are now attracting more young people, small corporate meetings and incentives.

She said, “Thailand has four major ports — Phuket, Samui, Laem Chabang and Bangkok — which can cater to all sizes of cruise ships. We plan to present Thailand as: 1) A port of call, 2) turn-around destination for ships operating out of the Singapore cruise terminal, and 3) pre and post tours.

The Seatrade Med Cruise Convention is Europe’s most important cruise trade show. It is attended by more than 3,000 senior executives. TAT will organise a networking lunch for about 30 specially invited senior representatives of cruise lines, media and tour operators of luxury products.

She said TAT will also participate in the Cruise Convention in Singapore in November 2014, after which TAT and the Singapore Tourism Board will partner up to invite senior cruise line executives and media from America and Europe for a fam trip between 17-19 November, 2014.

Other upcoming major events to be organised in the area under Mrs Juthaporn’s responsibility include: 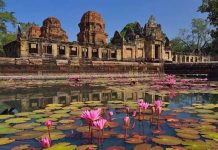 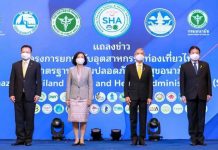 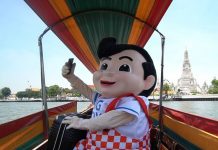