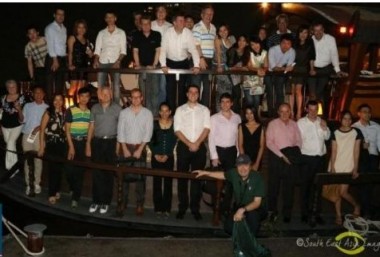 London (United Kingdom) – March 20, 2014 – Newly-elected Skal Thailand President Dale Lawrence has welcomed the UK government’s decision to revise its ‘tax on travel’ but says more must be done to reduce the financial burden on British business and leisure travellers to Thailand and south east Asia.

The British Government announced yesterday (19 March) that, from 2015, the Air Passenger Duty will be simplified in structure with all long haul travellers departing UK airports set to pay the same figure irrespective of their destination. British Chancellor of the Exchequer George Osborne told MPs in the House of Commons during his spring Budget statement that ‘from next year all long-haul flights will carry the same, lower, band B tax rate that you now pay to fly to the United States’.

Dale Lawrence says, “This news will be welcomed by the entire travel and tourism community in Thailand. Air Passenger Duty has been exploited relentlessly by successive governments – particularly under Prime Ministers Tony Blair and Gordon Brown – since it was introduced in 1994 at the very modest rates of £5 (UK & European Economic Area) and £10 for other destinations.

“The revised two-tier tax band, whilst a welcome move, continues to discriminate against long haul leisure destinations such as Thailand and is an unnecessary burden on MICE visitors and also on British business leaders seeking to boost trade between the two Kingdoms. Let us hope that as the UK economy continues to recover from the global economic downturn there may be further room for manoeuvre by government ministers and that this tax on travel will be jettisoned.”

Dale Lawrence was elected President of Skal International Thailand on 1st March 2014 and also serves as President of the Skal Club in Bangkok. 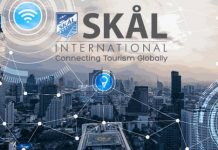 Skal International with New Executive Board