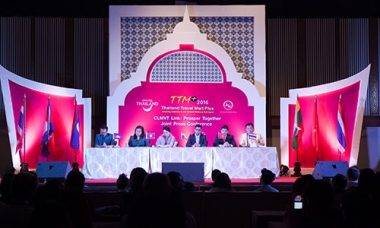 Chiang Mai, 9 June, 2016 (travelindex.com) – Five nations in the Greater Mekong Subregion participated in the firstly-held joint press conference “CLMVT Link: Prosper Together” in order to highlight the travel and tourism connectivity together by addressing any collaboration and opportunities among the countries.

Mr. Yuthasak Supasorn, Governor of the Tourism Authority of Thailand (TAT), said that “Deeper integration of the ASEAN Economic Community will also promote ASEAN as a single tourist destination. It is not only for the benefit of any one country, but for the whole region. Enhanced transportation linkages between Cambodia, Lao PDR., Myanmar, Vietnam, and Thailand (CLMVT countries) will also strengthen the cause of the ASEAN integration.”

According to the ASEAN Secretariat’s preliminary figure, nearly 98 million international travellers visited ASEAN members in 2015, or up by 7.3 percent. The CLMVT members welcomed around 26.8 million arrivals in 2010, rising to 44.42 million in 2014, or about 42 percent of the total visitors in ASEAN.

“These statistics show the potential of the CLMVT market as well as its importance to the ASEAN Community. CLMVT countries might be a sub-grouping of ASEAN, but if they can strengthen their unity, it will ultimately benefit the ASEAN platform”, Mr. Yuthasak said.

He said that enhanced CLMVT Linkages will strengthen the competitiveness of the whole CLMVT region and allow the countries to intensify their joint marketing and promotional campaigns and familiarisation trips.

The example of the “Two Countries One Destination” packages and the “Mega Caravan to ASEAN” organised by TAT in January 2016, introduced media and travel trade representatives from Asia to the wonderful world of road travel through Thailand, Lao PDR., Vietnam and Cambodia.

The on-going expansion of aviation linkages will also play a vital role in strengthening the competitiveness of the whole CLMVT region. Thanks to tireless efforts by all authorities involved, including TAT, airlines are encouraged to keep expanding their intra-ASEAN networks and enable easier access within the region. Upcoming intra-regional direct flights will include Air Asia’s new daily Bangkok–Vientiane flight, starting on 1 July, 2016. Bangkok Airways will begin new daily flights from Chiang Mai to Luang Prabang and Vientiane from 1 October, 2016. Meanwhile, Nok Air plans to launch thrice weekly flights between Bangkok and Mandalay around October or November, 2016.

The Governor said that for the VISIT ASEAN@50 marketing campaign, which will commemorate the 50th anniversary of the founding of ASEAN, TAT is preparing to introduce the ASEAN Bucket List: Fifty Things to Discover ASEANESS. This will recommend destinations among the 10 ASEAN countries that can be linked together and reflect the uniqueness of ASEAN.

They will include tourism attractions, events, and activities in which ASEAN members share thematic similarities. These products will be categorised under 6 groups:

The Governor concluded, “I am really happy to have the representatives from the CLMVT countries all together at this press conference. It clearly ensures that from now on, together, we will join hands to make not only the CLMVT countries, but also ASEAN as a powerful force in economic well-being for its citizens.” 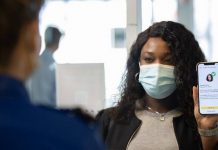 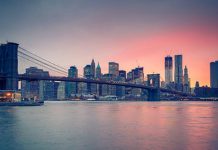 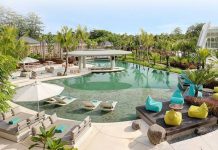