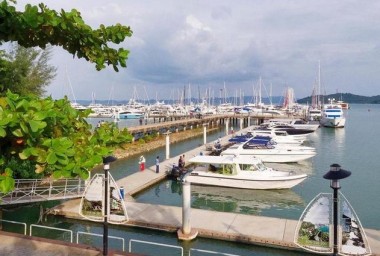 Phuket (Thailand) – September 17, 2015 (travelindex.com) – South East Asia’s first superyacht charter show to be launched in official partnership with Thai Government. The dates for the inaugural edition of the Phuket Yacht Show, now re-christened the Thailand Yacht Show, have finally been confirmed by organisers SYE Pte Ltd, who also stage the annual Singapore Yacht Show each April, following a partnership agreement signed recently with the Marine Department of Thailand’s Ministry of Transport. The event is destined to become the focal point of the luxury charter yacht business in Asia Pacific, and is set to take place 11-14 February 2016 at Phuket’s Ao Po Grand Marina.

The new show is to be publicly announced at an international press conference and private launch party in Bangkok on 16 September, hosted by Prime Minister Prayut Chan-o-cha. It was the P.M.’s own initiative to create an international Yacht Show for Thailand, and make Phuket the principal hub for superyachts in Asia. Also in attendance will be new Minister of Transport Arkom Termpittayapaisith and Minister of Sport and Tourism, Kobkarn Wattanavrangkul, both also involved in and highly supportive of the Yacht Show, together with around 150 specially-invited VIP guests. The whole proceedings will take place on board the sensational 41m, Norman Foster-designed motoryacht Ocean Emerald – first in line to be awarded the new Superyacht Charter Licence – moored alongside an exclusive waterfront venue in Bangkok for the evening.

Momentum and interest in Thailand’s charter potential have been building in recent months after discussions between key players in the local yachting community, including SYE, and the country’s Ministry of Transport resulted in last month’s landmark announcement of a new licence for foreign-flagged superyachts to charter in Thai waters. Government officials were quick to understand and accept the industry working group’s proposal, which outlined the important economic impact from visiting luxury yachts.

Andy Treadwell, founder and owner of SYE, comments of the official announcement: “With superyacht charter now being legalised in Thailand – indeed, made very welcome! – and with the Government and all the other stakeholders aligned, the time is right for us to launch the new Yacht Show with industry-wide support. Ao Po Grand Marina is a perfect location for the event and we look forward to providing this new, crucial platform to capitalise on Thailand’s stated objective of becoming the principal yachting destination hub for Asia.”

Already well known to superyacht owners for its superb cruising grounds, Phuket is strategically located for yachts coming from the Mediterranean to visit South East Asia and the Pacific beyond. It is considered the main infrastructural ‘hub’ for large yachts cruising the region, with over 100 superyacht berths available between the Ao Po Grand Marina and Phuket Yacht Haven alone, as well as ample first class service companies.

The new licence effectively opens up the entire region to superyacht charter, a serious financial incentive for many overseas owners considering bringing their yachts to South East Asia at the end of the summer season in the Mediterranean, instead of plying the usual route West to the Caribbean. It provides Thailand, and the rest of Asia Pacific too, with an essential tool in its quest to become the third global yachting destination, with Phuket at its epicentre.

“Recent years have already seen a significant upswing in the number of foreign flagged yachts visiting Phuket, usually on the way to and from the rest of South East Asia, even without the ability to charter. This year already, over 75 superyachts cruised through Phuket alone. We want to encourage these yachts to stay for longer and use it as a base from which to charter, and we want more and more of them to come. We are therefore delighted to co-host the new Thailand Yacht Show in Phuket, which we have conceived as a platform for owners and brokers to bring yachts to Thailand and boost charter activity through interest from visitors,” says Dr Chula Sukmanop, Director General of the Thailand Marine Department.

The Thailand Yacht Show promises to bring together potential buyers as well as the charter brokerage community to the well known Ao Po Grand Marina, which has a capacity of 260 yachts up to 100m+ in length. At the same time, smaller yachts and boats, both new and pre-owned, will also be on display for sale as well as charter.

“We are proud to have been chosen by the Government and the organisers to provide the backdrop to this most significant yachting event, which will offer visitors from all over Thailand and the wider region, as well as Phuket’s many affluent residents, the chance to experience and explore the enormous potential for cruising in the region,” says Kasem Chiarasomboon, managing director of Ao Po Grand Marina.

The Thailand Yacht Show will offer a mix of draws both to the buyers in luxury yacht charter, as well as brokers and managers from across the world, to learn about the full potential of the practically unlimited cruising grounds in Phuket and nearby. For more information on exhibiting at the show or becoming a sponsoring partner, please contact sales@phuketyachtshow.com 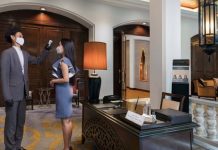 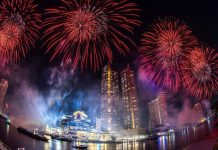 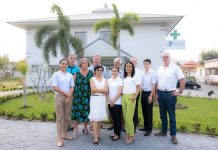