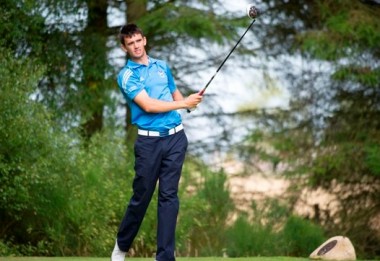 Bengaluru (India) March 10, 201 4 – India’s No 1 ranked Amateur golfer, Jamshedpur’s Karan Taunk will star for the power packed 12 member Team Asia-Pacific as they take on Team Europe at Karnataka Golf Association Golf Course, Bengaluru, from March 26-28. Taunk, who was also a winner of 2013 Indian Golf Union’s national rankings, has decided to delay his joining the professional ranks so that he can be part of the upcoming Europe Vs Asia-pacific Match – Bonallack Trophy, and will compete in his first tournament as a professional right after playing in this event.

The 25-year-old Taunk said, “When I got a call from Asia-Pacific Golf Confederation Vice Chairman Dilip Thomas to represent the Asia Pacific team in the Bonallack Trophy, having heard a lot about this prestigious event, I couldn’t say no and accepted his offer. Now, I am working hard on my game especially on shaping my shots with my coach Bamby Randhawa so that I can win my matches against the strong European contingent in the upcoming Inter-continental battle.”

Commenting on his preparation for Bonallack Trophy, Taunk said, “I will play at least 2-3 rounds at KGA before the week of the event to get a fair idea of the fast paced greens and course conditions. At the start of any big match, I feel nervous but I will try and avoid that this time and just focus on a consistent round. Having played with my fellow team members Chieh-Po Lee of Chinese Taipei and Taylor MacDonald of Australia in the past, I am quite excited about meeting them in 10-days time.”

Winner of 28th Bangladesh Amateur Championship 2013, Taunk who shifted base from Jamshedpur to Bangalore to work on his game last year commented, “I didn’t have many options to improve my game in Jamshedpur and my friend Kurursh from my hometown persuaded me to move to Bangalore. The best part about being in Bangalore with the great weather and facilities is I am able to spend at least 6 hours practicing everyday without much travel.”

Bangalore lad Khalin Joshi who represented Asia-Pacific Team in the 2012 edition of The Bonallack Trophy in Portugal said, “It was great a tournament and I still carry a lot of memories from what I picked up from there. I am so happy that Karan Taunk has taken a decision of playing in this prestigious tournament. He is such a great player and I think what I have gained from this tournament that he should just play his natural game and should treat it just like any other tournament without putting any extra pressure on himself.”

About Rishi Narain Golf Management
Rishi Narain Golf Management Pvt Ltd (RNGM) works with corporate and business houses to use golf as a marketing platform for customer engagement and brand awareness. RNGM is India’s leading Golf Marketing and Management Company with a reputation for reliability, innovation, integrity, quality and unparalleled domain expertise. We have over 20 years experience covering all aspects of sports marketing, event conceptualization and implementation and command an expertise in implementing the subtlest details around golf which adds critical value to customer and brand experiences. Over the years, the company’s name has become synonymous with Indian Golf – in sponsorship marketing, representation of star golfers as well as media. RNGM has been nominated by the Indian Golf Union to market and manage the Bonallack Trophy 2014 in Bengaluru. 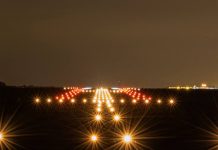 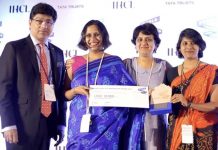 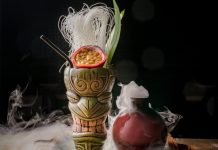