Singapore (Singapore) – August 31, 2017 (travelindex.com) – Celebrating its 10th anniversary as Asia’s Leading Travel Trade Show, ITB Asia 2017 has completely sold out ahead of its milestone show this October, attributed to a tremendous surge in booth bookings from the global market. The show holds its strong Asian support with 60% of exhibiting companies from Asia.

ITB Asia 2017 will feature many firsts for the travel trade show. For the first time this year, ITB Asia will host Brazil’s Rio Convention and Visitor Bureau, the Moscow City Government, Promote Iceland, as well as an African Pavilion, among many others.

The strong growth performance at ITB Asia 2017 is led by BRICS economies that show exceeding exhibitor stand booking growth rates, with South Africa (200%), Russia (183%) and Brazil (100%) paving the trend. China is also growing its presence at ITB Asia by 31% this year with Ctrip, Wuzhen Tourism, Hua Min Tourism & Reservation, Shanghai Toptown International Travel Agency and many more set to feature during the show.

Tunisia and Rwanda will make their debut at ITB Asia this year, joining Kenya Tourism Board and other African exhibitors from Tanzania, Botswana, South Africa, Namibia and Sudan. This comes as no surprise given that the African market has shown an exceptional growth of 25% at this year’s show.

Europe is a close second having recorded a 23% growth which is led by the Greek National Tourism Organisation and Spain Tourism Board. This growth is also substantiated by a growing number of exhibitors from the Balkan Peninsula, including countries such as Romania and Bosnia & Herzegovina.

In addition, Scandinavian markets have marked a 21% growth as leading markets such as Finland and Norway show stronger exhibitor demand. This is further strengthened by Promote Iceland which joins ITB Asia for the first time.

While African and European markets appear to dominate the show floor, North Asia will feature prominently during ITB Asia 2017 too.

Delegates can look forward to a strong showing by Japan and Korea at this year’s show as Japan recorded an 89% growth in exhibitor bookings while Korea recorded a staggering 112% growth, thanks to Korea Tourism Organisation, Seoul Tourism Organisation and Jeju Convention & Visitors Bureau.

Earlier this year, ITB Asia had signed a partnership with Korea Tourism Organisation to boost Korea’s appeal as a key destination in Southeast Asia.

“As we celebrate our 10th anniversary this year, the substantial growth in exhibitors underlines how ITB Asia has firmly established itself as the leading industry event in the region. The Asian outbound market continues to attract huge interest and we are delighted to see such levels of growth from various key markets at the show this year. As early as now, we are accepting bookings for the 2018 show,” said Katrina Leung, Executive Director of Messe Berlin (Singapore), organiser of ITB Asia.

Exploring “The Future of Travel”, ITB Asia 2017 will feature industry heavyweights from the travel and tourism sector as well as global brand names from the technology sector. The show will take place from 25 – 27 October 2017 at the Sands Expo and Convention Centre, Marina Bay Sands.

About ITB Asia 2017
ITB Asia 2017 will take place at the Sands Expo and Convention Centre, Marina Bay Sands, from 25 – 27 October. It is organised by Messe Berlin (Singapore) Pte Ltd and supported by the Singapore Exhibition & Convention Bureau. The event will feature hundreds of exhibiting companies from the Asia-Pacific region, Europe, the Americas, Africa and the Middle East, covering not only the leisure market, but also corporate and MICE travel. Exhibitors from every sector of the industry, including destinations, airlines and airports, hotels and resorts, theme parks and attractions, inbound tour operators, inbound DMCs, cruise lines, spas, venues, other meeting facilities and travel technology companies are all expected to attend. 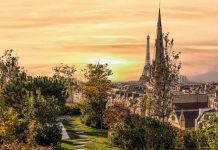 Inside the Opulent Penthouse at Newly Opened Bvlgari Hotel Paris 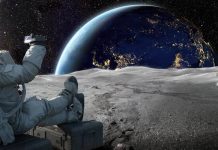 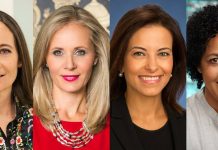