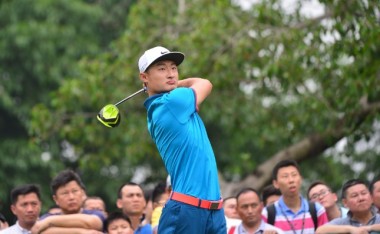 Shenzen (China) – January 9, 2016 (travelindex) – The Shenzhen International golf tournament – the first stop of the European Tour in China in 2016 – will light up the award-winning Shenzhen Genzon Golf Club from April 21-24. Among the star attractions announced today (Jan 8) will be Bubba Watson, the two-time former Masters champion and world No.4, who made such an impact in the inaugural event last year.

One of the world’s most exciting players, Watson may prove a hard man to beat, but he will come up against fierce opposition from a high-quality field that will include China’s young sensation, Li Hao Tong, and a host of European Tour stars. For Chinese golfers, the tournament will play an important role in determining who will represent their nation at the Olympic Games in Rio De Janeiro, Brazil – later this year.

In the second year, Shenzhen International has an increased prize fund of $2.8 million and looks set to go from strength to strength with the considerable backing of the Shenzhen-based Genzon Group ,– the ”driving force” behind the tournament.

At a specially arranged press conference at the luxurious Castle Hotel overlooking the pristine Neil Haworth-designed course, situated just outside Shenzhen city centre, Mr Fei Hailong, the General Manager of Shenzhen Genzon Golf Club, said: “Shenzhen Genzon Golf Club is preparing well for hosting the Shenzhen International at our high-quality facility. Our theme this year is Shenzhen International, Your Home Course and so we are determined to give everyone – players and fans – a sense of pride and ownership of the tournament.”

“For the players, the fantastic atmosphere and the welcome awaiting them should make them feel as if they are teeing off at their home course in a truly high-class event. From the fans’ perspective, we will be extending a warm welcome to all of Shenzhen, and beyond, in what will be a true family atmosphere – with great golf on the course and pure entertainment and a host of activities off it.”

Among the many attractions will be a chance for spectators to follow in the footsteps of the players, with an eight-mile ‘fun’ walk of the course. Those new to the sport will gain an understanding of golf etiquette and experience the true spirit of the game, while enjoying watching top professional players at close quarters.

At the same time, they will be given a taste of a healthy outdoor lifestyle in a family-friendly environment. There will also be interactive games throughout the week and the chance to enjoy the ‘Hug Camera’ activity, where volunteers dressed to catch the eye will pose for ‘selfies’ with spectators and interact with the crowd. All of this is designed to ignite the audience’s passion and a sense of belonging to the tournament.

Mr. Deng Xueqin, the President of Genzon Group, explained that the company’s ethos and core values helped to determine the theme for the tournament. “As a company we are constantly evolving and always innovating,” he said. “It is also our philosophy for the tournament and will allow us to deliver our brand values to the world.

“As a company we promote healthy lifestyles and a sense of fun, which is why we want people to come from far and wide to benefit from our creation of an open and innovative tournament platform. For players and spectators, the Shenzhen International will achieve a multi-win scenario. Everyone will find a home away from home and be welcomed with open arms.”

There is justifiable excitement for the 2016 Shenzhen International, particularly with the announcement of the star line-up. Bubba Watson spoke highly of the event, with a video prepared earlier for the attending guests while Li Hao Tong was there in person to answer questions.

In the year when golf returns to the Olympic Games for the first time since 1904, the Shenzhen International – co-sanctioned by the European Tour and the China Golf Association (CGA) – will offer a strong Chinese contingent a chance to stake an early claim for a place in the two-man national team to play in Brazil.

Mr. Pang Zheng, Deputy Secretary General of the China Golf Association, said: “When Li Hao Tong finished runner-up last year, the home fans were given plenty to cheer about – and we are hopeful for more of the same in what is an important step on the way to the Olympic Games.”
Deputy Director of International Policy for the European Tour, Mr Ben Cowen, said: “I would like to thank our key partner in this new event, the Genzon Group, for committing to host and promote the Shenzhen International for at least the next two years. We appreciate their commitment and vision and look forward to growing this tournament with them over the next few years.”

Home-grown players will be cheered all the way by thousands of enthusiastic fans, who will be royally looked after during the week. In every sense the venue should prove a home from home for golfing aficionados as well as newcomers to the sport.

Li, for one, will be hoping for great things. Last year, at just 20, he gave more than a hint of things to come when he was beaten in a sudden-death play-off by Kiradech Aphibarnrat, of Thailand, after a sensational final round of 67. He is one of a number of young Chinese players preparing to take the world by storm.

“I came close to winning last year, so will be hoping to go one better this time around,” Li said. “I am excited to return to a course where I played so well, particularly with this being an Olympic year. A win here would certainly help my chances of representing China in Rio.”

Bubba Watson said he was looking forward to returning to China. “I have always loved playing in China, having won a world championships event in Shanghai in 2014, and will be trying hard to get another win on Chinese soil,” he said.

“I thoroughly enjoyed competing in the Shenzhen International last year, although I didn’t play as well as I would have liked. My best memory is of the fantastic reception I received from the local fans and the venue. They made me feel very welcome, particularly as I was so far from home. For a week in April, the Shenzhen Genzon Golf Club will definitely be ‘my home course’. I can’t wait to get back.” 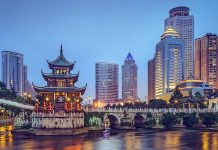 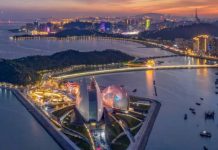 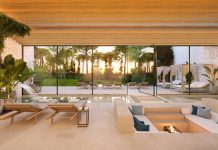