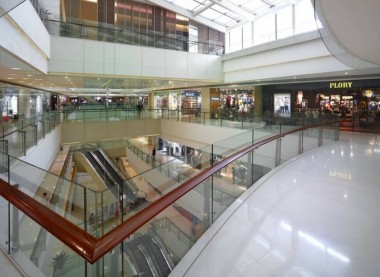 Chengdu (China) – September 25, 2013 – The Pacific Asia Travel Association’s (PATA) annual Travel Mart opened in Chengdu, China on September 17th, with a number of allied and concurrent content-driven workshops. One of the workshops specifically addressed the foreign inbound potential of Chengdu/Sichuan, and another the outbound potential of China especially from the Southwest region.

On Sunday September 15th, over 150 delegates participated in the Chengdu Tourism Connecting to the World workshop, at which participants heard from a number of guest speakers from PATA, the Google China Travel Team, Team Tourism Consulting and CNN International, the latter a Premier Partner of PATA and key sponsor of this event.

An overview of past inbound trends into China and forecasts of inbound travel demand up to 2017 was presented, as well as 10 Keys to Success in Marketing Chengdu/Sichuan as an International Tourism Destination and Media’s Role in Connecting Chengdu Tourism to the World.

Up for discussion during an interactive “Dialogue with Buyers,” was the topic of what China, and especially Chengdu/Sichuan, needs to do to better satisfy international visitors to the country and the city/region.

An equally stimulating and riveting session held the following day – China 101 Outbound Travel Workshop – discussed changes in the structure, demands and expectations of Chinese outbound travellers from China and specifically the Southwest region of China.

Organized by U-tour, China’s largest tour operator, PATA and Ivy Alliance, and sponsored by the Guam Visitors Bureau, Los Angeles Tourism and Convention Board and Los Angeles World Airports, this event was attended by more than 150 outbound travel agents, largely from Southwest China as well as a number of international suppliers to the Chinese international traveller.

A keynote presentation by Dr. Xinjun Wang, CEO, Ivy Alliance Tourism Consulting, focused on the developments in outbound travel from China and Southwest China and provided an update on the latest tourism policies and laws, one of which, the China Tourism Law 2013, is due to come into effect on October 1, 2013.

Interestingly, Dr. Wang suggested that while there may be a slowdown in the growth of outbound Chinese travellers, demand for specific types of holidays, especially island vacations, would continue to grow strongly.

Two discussions engaged panellists from the complete visitor economy to share insights on how to align product offerings with the changing demands and expectations of Chinese travellers and how best to promote destination charter tours – another area highlighted by Dr. Wang in his earlier presentation, as having strong potential for China outbound travellers in the near-term.

A specific discussion followed on the role of aviation in tour product development, particularly the requirements for establishing a successful new charter tour option.

Sessions over both days had simultaneous translation services allowing all participants to glean the most important insights from all presenters and panellists and to leave the workshops with practical and useful takeaways.

For information on future workshops of this nature at PTM2014 please contact events@PATA.org.