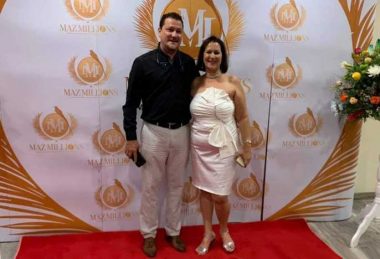 Victoria, Mahe (Seychelles) – October 8, 2019 (travelindex.com) – The Costa Cruises announcement that they were dropping the Indian Ocean Region which includes the Seychelles, Mauritius, Reunion, Madagascar, Comoros and Mayotte preoccupied tourism operators, especially after all the push and support provided by the Region’s Vanilla Islands. The collapse of Thomas Cook was also a much discussed matter as the void they will create will need to be filled and any financial losses analysed. These challenges are only a sign of the volatility of the tourism industry and the need to always be conscious that it needs to be not just nurtured but also understood.

The recent drive against foreigners in South Africa has shocked many and reactions have come from far and wide. South Africa is nevertheless known for its welcoming approach and friendliness. At the AKWAABA 2019 Festival and Tourism Conference in Lagos Nigeria, a much needed reassurance of the South Africa we all knew and appreciated was displayed when a gentleman from South Africa happily informed everyone that he is set to marry a lady from Kenya before the end of the year. This coming together through tourism opened the doors for two tourism professionals to tie the knot. Both are respected and known tourism professionals in their own country and the Kenyan Tour Operator is making arrangements to move to South Africa where her partner and husband-to-be is a Hotelier and part of one of the largest Hotel Brands of the Country. They met through a tourism event a year ago and did not allow the recent troubles in South Africa distract them from their commitment towards each other. Tourism was the industry that brought them together and Nigeria the country that staged that tourism event. Today we can say Congratulations to the happy couple and from Seychelles we wish you both happiness.

The announcement that Costa Cruises is dropping the Seychelles and the Indian Ocean Region is a warning bell and the Ministers of the Vanilla Islands must meet urgently to prepare a joint action plan.

The main stakeholders in the tourism sector are starting to get worried after this announcement by Costa Cruise, which puts an end to its operations in the Indian Ocean. This announcement comes just after the announcement of the liquidation for bankruptcy of Thomas Cook, the big British tour operator.

Hoteliers and Tourism Industry Professionals are meeting and waiting for an official communication from authorities. Costa Cruise local representatives in Mauritius are saying that for now only travel agents have been informed, not suppliers. They argue that this situation causes shock and considerable consequences for the various suppliers and the Mauritian destination as a whole. This withdrawal of Costa Cruise is equivalent to the loss of a three thousand passenger ship every two to three weeks from October to April.

Job risks include independent guides, meeting and greeting officers, loss of income by DMCs, Port Victoria, SEPEC, Taxi Operators, lost of sales by Arts & Craft Dealers among many other shortfall. Discussions are also highlighting a lack of revenue not only for local suppliers such as restaurants, local markets and parks among others, but also for airlines who fly passengers in and out who are leaving or boarding the ship in Port Victoria.

The tourism situation got tougher but a week ago with the world’s oldest tour operator, Thomas Cook, who declared bankruptcy after failing to find the necessary funds for its survival, triggering the unprecedented repatriation of its 600,000 or so customers holidays around the world.

As a former Minister of Tourism, I know that this is now a worry and Seychelles needs to rally its allies before more bad news comes our way.

Seychelles and the region worked hard to get this armada of cruise ships to work in the region. The Indian Ocean Vanilla Islands has always led the way in terms of cruises.

We all know that too many people have invested in tourism. Many many work in the industry today and it is this same industry that remains the pillar of the Seychelles economy. The Tourism Cross Sectorial Ministerial Meetings need to finalise items on its agenda and Seychelles must stand together for its tourism.

Industry veteran moves from ktb to the newly established convention bureau. News are emerging at the sidelines of the just opened Magical Kenya Travel Expo 2019, that Mrs. Jacinta Nzioka will be heading the newly created Kenya Convention Bureau. In the pipeline, as reported by ATCNews at the time, for over two years, is the new organization now becoming reality at last.

Kenya has in recent years lost in the African rankings of leading MICE destinations and the lack of a convention bureau was seen as one reason, others being the state of the KICC which is in urgent need of a major overhaul.

Jacinta was for several years Director of Marketing at the Kenya Tourism Board, at one stage Acting CEO while a new substantive CEO was being sourced and has gained the admiration and respect of Kenya’s tourism industry – and of course beyond. It is understood that parliamentary oversight may still have to confirm the appointment but given her track record and reputation and the complete lack of shadows hanging over her will no doubt see her confirmation being fast tracked.

Seychelles announced its presence at IFTM 2019

IFTM Top Resa continues to provide the opportunity for participating professionals to meet targeted visitors, increase their turnover and their business, develop their brand image, take stock of market developments and trends. Paris Porte de Versailles was once again the stage for tourism operators and professionals from the 1 to the 4 of October.

The Seychelles Tourism Board (STB) and their trade partners had also geared up to be part of the 41st edition of the IFTM Top Resa 2019 in France.

The four-day event took place in Paris Expo Porte de Versailles, from the October 1, 2019 to October 4, 2019. The delegation was being headed by Minster Didier Dogley, the Seychelles Minister for Tourism, Civil Aviation, Ports and Marines accompanied by the CEO of the Seychelles Tourism Board, Mrs. Sherin Francis. Alongside the Minister and STB Chief Executive, Mrs Bernadette Willemin STB Europe Director, the STB Paris team and representatives from the STB Seychelles Headquarters ensured that the Seychelles did shine once again at the IFTM Top Resa.

Christian Mein is the young Seychellois who is operating under the name ADMIRAL BREWERY who launched a new beer in Seychelles on the 3rd October called “Seychelles Blonde”.

This is seen as a fresh choice for both the Seychellois public and for the visitors to the islands. Comments from beer drinkers have been very positive and we take this opportunity to wish Christian Mein success in his new venture.

A five star holiday to Seychelles for US $100 only

Many International Journalists were in Seychelles for the official launch of the Tourism Lottery and they have all been reporting on this world first that will see the best of Seychelles offered as part of a dream holiday for a US $ 100 ticket for a draw.

Since 1980, the United Nations World Tourism Organization has celebrated World Tourism Day as international observances on September 27. This date was chosen as on that day in 1970, the Statutes of the UNWTO were adopted. The adoption of these Statutes is considered a milestone in global tourism.

Good wishes are exchanged around the globe. A tiny country with a huge tourism industry has a special approach this World Tourism Day. It started with an idea over a glass of wine at the Treasury Cove Hotel in Seychelles.

For $100.00 visitors or future visitors can enter a lottery and the possibility to award them with a luxury vacation no one will ever forget. Starting with first-class round trip air from anywhere on the globe, staying in the best suite in some of the best luxury resorts, a private yacht takes winners on a cruise, helicopter transportation, all the gourmet food you can eat and much more. Even if you don’t win one of the luxury vacations, your $100 investment can be used for a downpayment on a future Seychelles holiday.

World Tourism Day is the day this unique opportunity started. It’s the first of its kind, and it’s a gift to the world by Seychelles. More on www.mazmillions.com

Air Seychelles has signed a contract with SriLankan Engineering to carry out maintenance of its new Airbus A320neo aircraft ‘Veuve’.

Air Seychelles’ head of corporate affairs, Sheryl Barra, told SNA that the airline chose the engineering team of the Sri Lankan Airlines as it is already an A320neo operator within the region.

“Following an in-depth inspection of the airline’s engineering maintenance facility which successfully met all the requirements and standards of Air Seychelles, the national airline selected SriLankan engineering to conduct ‘A-check’ on its Airbus A320neo aircraft Veuve,” said Barra.

Air Seychelles added the new AirbusA320 to its fleet at the beginning of August to become the first airline in the western Indian Ocean and Africa to have the aircraft. The national carrier is leasing the aircraft from CDB Aviation — a wholly owned Irish subsidiary of China Development Bank financial leasing company — for around $300,000 per month for 12 years.

Barra added that apart from a specialised hanger to do the maintenance for the A320neo aircraft type, the facility which is maintained by experienced SriLankan Engineering staff is certified by the European Union Aviation Safety Agency.

“Currently, the Air Seychelles maintenance facility at the Seychelles International Airport is not equipped or certified to conduct ‘A checks’ on the aircraft which is why SriLankan Engineering was chosen to conduct this specific task,” she added.

‘A Check’ is usually done every eight to ten weeks and involves changing filters and a detailed inspection of all the emergency equipment.

Barra says for the A320neo the check will be conducted every two months. The first maintenance was done soon after the signing of the contract two weeks ago.

Air Seychelles did not disclose the cost nor the duration of the contract but said the service is being delivered only on the new Airbus A320neo aircraft.

In an article published by SriLankan Airlines last Tuesday, the SriLankan Engineering said it welcomes Air Seychelles as its new airline customer.

“We are delighted to welcome Air Seychelles as a valued customer and look forward to a long and fruitful relationship,” D.A.G. Jayasuriya, Chief Technical Officer of SriLankan Airlines said.

It also provides full engineering services for the entire SriLankan Airlines fleet, which is comprised of A320, A321 and A330 aircraft. 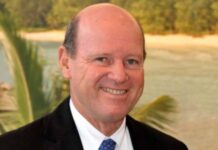 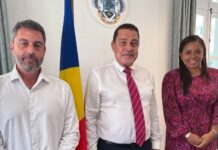 Seychelles and Vanilla Islands at Heart of Co-Development 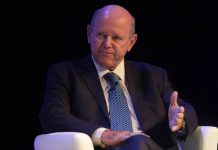