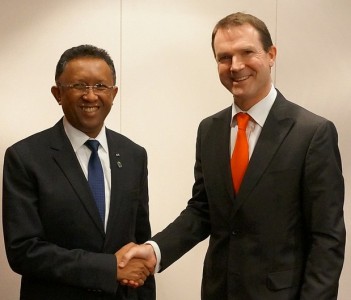 Geneva (Switzerland) – April 17, 2014 – The President of the Republic of Madagascar, His Excellency Mr Hery Marcial Rajaonarimampianina, and the Secretary-General of the Convention on International Trade in Endangered Species of Wild Fauna and Flora (CITES), Mr John E. Scanlon, met in Brussels on 3 April to discuss urgent actions to stem the illegal timber trade from Madagascar.

Stocks of rosewood, palisander and ebony illegally harvested in Madagascar are being smuggled out of the country at unprecedented levels using many different routes. Most recent reports indicate major seizures of 110 tonnes of rosewood in the United Republic of Tanzania (through Operation Cobra II) while another 1196 logs had already left Zanzibar before this operation. This example amongst others reflects the massive scale of this illegal trade.

Commenting on the outcomes of the meeting, President Rajaonarimampianina declared: “Madagascar’s proposal to list its populations of rosewood, palisander and ebony in CITES Appendix-II was agreed by consensus at the 16th meeting the Conference of the Parties (CoP16, Bangkok, March, 2013). We now seek the full support of all CITES Parties to help Madagascar in combating the illegal trade in those species, and in particular transit and destination States”.

“The forests of Madagascar should be conserved and should be used sustainably, responsibly and legally. I am fully committed and firm: the illegal timber trade must come to a halt. I call on transit and destination States to undertake full investigations and, where appropriate, prosecute those involved in the illicit trade and urged all Parties to return all illegally traded timber back to Madagascar as the rightful owner of these stolen goods. The people of Madagascar must be able to benefit from this natural wealth.”, he added.

President Rajaonarimampianina has already taken steps to mobilize all relevant national authorities in Madagascar, from the Prime Minister to all local authorities, to jointly combat the illegal logging and trade, and is ready to promulgate all necessary legislative measures. However, Madagascar also recognizes the challenges it is facing to control its 5000 km long coastline, and calls for international support and cooperation to assist in preventing more illegal exports.

Welcoming these measures, Mr Scanlon stated: “When Parties to CITES decide to list species in the Appendices, they put in place legally binding obligations across source, transit and destination States. We are seeing a surge in illegally sourced timber leaving Madagascar, which is of grave concern to CITES ”.

He added: “The validity of authorizations or permits as well as the purported names of the species in trade must be closely scrutinized. It is imperative that all concerned States remain vigilant in ensuring the legality of all CITES-listed timber shipments coming from Madagascar.”

At the meeting, the CITES Secretary-General on behalf of the International Consortium on Combatting Wildlife Crime (ICCWC) offered immediate support to Madagascar through the Consortium and recommended the rapid deployment of a Wildlife Incident Support Team (WIST), to be led by INTERPOL, to guide and facilitate appropriate follow-up law enforcement actions. In addition, ICCWC, through the World Customs Organization, is convening a meeting of Customs and other officials from source, transit and destination States, to agree on joint strategies to improve international cooperation and coordinated enforcement responses to stem the flow of illegal timber from Madagascar. The President welcomed the offer of support and ICCWC partners are meeting next week in Brussels, Belgium, to further determine the best course of action.

The President and the Secretary-General recognized the importance of auditing and inventorying all existing timber stockpiles in the country, appreciating the current efforts by Madagascar with assistance from the World Bank in this regard.

The Secretary-General of CITES also offered legal and scientific support to Madagascar, including the possibility of future assistance under the ITTO-CITES programme. A mission from the CITES Secretariat will visit Madagascar in late May 2014 to assist in the implementation of all the agreed actions.

The CITES Secretary-General finally stated: “It is imperative that we take immediate steps to draw global attention to the massive scale and immediacy of the threats posed to Madagascar’s environment and economy by this surge in the theft of its natural resources. We will only bring it to a halt though a collective effort – and CITES and ICCWC are responding to the President’s call for international support to end the pillaging of its natural resources.”

President Rajaonarimampianina welcomed the strong support of the CITES Secretariat and ICCWC in assisting Madagascar to combat this illegal timber trade that is destroying country’s forests and weakening its economy and rule of law.

At its 16th meeting (CoP16, Bangkok, 2013), the Conference of the Parties to CITES agreed to the inclusion in Appendix II of the Malagasy populations of the genera Dalbergia and Diospyros, with an annotation restricting the listing to “logs, sawn wood and veneer sheets”.

At the same meeting, Parties also adopted Decision 16.152 on Malagasy ebonies (Diospyros spp.) and Malagasy rosewoods (Dalbergia spp.) and a related Action Plan. The rapid implementation of the CITES Action Plan that was adopted by CITES in March 2013, will be critical for the long-term conservation and sustainable use of these precious timbers.

On 13 August 2013, the CITES Authorities of Madagascar requested the Secretariat to publish a zero quota for exports of timber of Malagasy ebonies rosewoods and palisanders, for a period of six months until 13 February 2014. Madagascar subsequently extended this export moratorium to 14 April 2014. It applies to all stocks of these timbers. According to the CITES Action Plan, the embargo should be maintained until the Standing Committee has approved the results of a stockpile audit and use plan to determine what component of the stockpile has been legally accumulated and can be legally exported.

The CITES Secretariat is reaching out to Member States, partners and potential donors to assist Madagascar in the protection of its natural heritage through the full implementation of CITES measures, including the Action Plan.

ICCWC partners are exchanging information and cooperating to assist countries concerned in combating these forest crimes. It is understood that large volumes of rosewood logs have disappeared from depots in northeast Madagascar in recent months. One of the alleged modalities used by the traffickers is to smuggle the logs by small boats to larger ships waiting offshore.

Operation COBRA II was organized by the Lusaka Agreement Task Force (LATF), China, South Africa, the United States of America, the Association of South East Asia Nations Wildlife Enforcement Network (ASEAN-WEN) and the South Asia Wildlife Enforcement Network (SAWEN), and was coordinated by International Coordination Teams located in Nairobi and Bangkok. The operation focused on key species that are subject to illegal trade, and resulted in a large number of arrests and the seizure of specimens from many species, including cheetah, elephant, rhinoceros, pangolin, leopard, rosewood, snake, tiger and turtle, among others.

About CITES
With 180 Member States, CITES remains one of the world’s most powerful tools for biodiversity conservation through the regulation of trade in wild fauna and flora. Thousands of species are internationally traded and used by people in their daily lives for food, housing, health care, ecotourism, cosmetics or fashion.

CITES regulates international trade in over 35,000 species of plants and animals, including their products and derivatives, ensuring their survival in the wild with benefits for the livelihoods of local people and the global environment. The CITES permit system seeks to ensure that international trade in listed species is sustainable, legal and traceable.

About ICCWC
ICCWC is the collaborative effort of five inter-governmental organizations working to bring coordinated support to the national wildlife law enforcement agencies and to the sub-regional and regional networks that, on a daily basis, act in defense of natural resources. The ICCWC partners are the Convention on International Trade in Endangered Species of Wild Fauna and Flora (CITES) Secretariat, INTERPOL, the United Nations Office on Drugs and Crime, the World Bank and the World Customs Organization.

The mission of ICCWC is to usher in a new era where perpetrators of serious wildlife and forest crime will face a formidable and coordinated response, rather than the present situation where the risk of detection and punishment is all too low.

In this context, ICCWC works for, and with, the wildlife law enforcement community, since it is frontline officers who eventually bring criminals engaged in wildlife crime to justice.

ICCWC seeks to support the development of law enforcement that builds on socially and environmentally sustainable natural resource policies, taking into consideration the need to provide livelihood support to poor and marginalized rural communities. 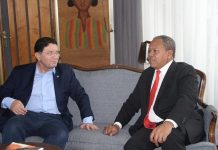 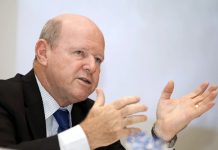