Home Destinations Africa Is Tourism Key to Win a Presidential Election in the Seychelles? 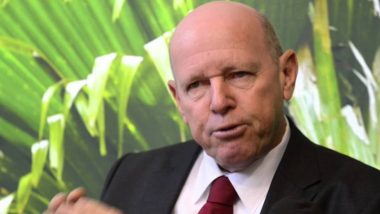 Victoria, Mahé, Seychelles, May 27, 2020 / TRAVELINDEX / Explained why Alain St. Ange has what it takes to become president of Seychelles? How important is the travel and tourism industry for a country, its people, and the world that a former tourism minister has an excellent chance and brings the qualification to become the next head of State?

In Seychelles, Tourism is a lifeline for its people and understanding and being able to lead this industry are in fact the best qualification required for a candidate to become the next president.

In the Republic of Seychelles this man may be Alain St. Ange. He is the leader of One Seychelles, a new political party in the Indian Ocean republic.

Seychelles Foreign Minister Jean-Paul Adam said in 2012 that the most important Cabinet Post is the Minister of Culture and Tourism. This post was occupied by the Hon. Alain St. Ange at that time. He moved Seychelles from a small unknown island nation to a leading country because of the islands emerging travel and tourism industry. This African nation of about 100,000 citizens breathes and lives travel and tourism.

Strategically positioned in the Indian Ocean, Seychelles is a melting pot of cultures and people with a strong influence of British, French, Indian, and African thinking. It’s also recognized as one of the most beautiful island nations on the face of the earth.

In 2012 the Indian Ocean Vanilla Islands regional Organization on Tourism was formed and the Seychelles Minister St Ange was appointed as the first president of the organization. The idea of a ‘Vanilla Islands’ marketing concept was to promote the Indian region in Africa including Reunion, Mauritius, Madagascar, Seychelles, Comoros, and Mayotte as one tourist destinations. This could only be achieved through the pooling of resources and expertise.

Aviation was always and is still an issue in Africa with many countries protecting their national carriers and airspace. It was Alain St. Ange and his vision for Seychelles and the region to invite Routes in 2012 to hold their African Aviation Summit in the brand new Sofitel in Seychelles.

St. Ange started producing an Indian Ocean news-column. Its articles mirrored his ambition and his love for the travel and tourism world, the environment, and specifically his commitment to his Island Country, Seychelles, and its people and culture.

With such global exposure managed to put Seychelles on the map of the travel and tourism industry.

The tourism industry of Seychelles recorded sustained growth up to the global financial crisis in 2008, when a drop in arrivals of nearly a quarter was anticipated before active countermeasures were devised as the archipelago’s private sector took over the lead role at the tourism board with Alain St.Ange in the driving seat. That year ended with the loss of just a few hundred arrivals compared to the previous year, albeit at the expense of tariffs being discounted.

President James Michel recognized this and promoted St. Ange as the Director of Marketing for Seychelles. The former president himself was also the minister of tourism at that time.

After one year of service, St. Ange was promoted to the position of CEO of the Seychelles Tourism Board in 2010

When I was mandated to head the marketing of Seychelles in March 2009, I found an organization stuck a bit in the past with one or two strong personalities and allowing the known attributes of Seychelles to work by themselves to promote the islands.

With the support of the industry’s private sector, we moved to empower the team in the marketing department of the Tourism Board, thus moving from having a strong personality to a strong team. We then moved to reposition Seychelles to break the perception that we were but a destination for the rich and famous.

We had to tell the world of the “Affordable Seychelles” – the Seychelles that offered a dream holiday with accommodation establishments for every budget, and this we did through a series of press conferences right round the world at the same time as we used our unique selling points to help us showcase our islands. We then worked with our tour operators to get them to believe in our destination and bring that much-needed confidence back.

In a 2012 cabinet re-shuffle, St Ange was appointed as Minister of Tourism and Culture which he resigned on 28 December 2016 in order to pursue a candidacy as Secretary-General of the UN World Tourism Organization.

Seychelles tourism started in earnest in 1972 with the opening of the island’s International Airport by Her Majesty Queen Elizabeth as Seychelles remained a British Colony up to 1976. James Mancham, the founding father of Seychelles is remembered as the charismatic personality who pushed the tourism agenda and was a passenger on the first BOAC Super VC10 flight on the 4th of July 1971 that opened the Seychelles International Airport for commercial flights.

Just a year after the crisis between 2009 and 2019 Seychelles set new arrival records year after year, to a large extend triggered by a publicity coup through the launch of the Seychelles International Carnival in 2011 which over the following couple of years then brought the global media spotlights on the islands and making it into one of the world’s most desired island tourism destinations.

Ever since St. Ange produced an Indian Ocean touris column, he had a special ambition to media. The friends of the media club started by the Seychelles Tourism Board was a global success and had been copied by tourism boards around the world.

St. Ange always saw his country from out of the box, which was a secret of his success and a secret for Seychelle’s success in the travel and tourism world.

St. Ange is the vice-president of African Tourism Board (ATB) and helped set up and shape the organization in what is becoming today.

St. Ange may be white, but he is a true African with a global mindset and ready to welcome everyone. In his own words: “Seychelles is a country where everyone is a friend, and enemies are none. “

Seychelles remains one of the few countries where during “no-corona times” no one needs a visa.

Today not only Seychelles is suffering, but so is Africa and the entire world. Coronavirus is a direct attack on the travel and tourism industry.

St. Ange was a co-founder of the Project Hope initiative. With the help of St. Ange and his global network of friends, tourism ministers, and leaders from throughout Africa, are meeting once a week on Zoom to prepare a way forward for the African continent to master the Coronavirus crisis.

In addition St. Ange is a member of the high-level task force and a co-founder of rebuilding travel, a global initiative with tourism leaders from 108 countries coordinating the relaunch of the visitors industry.

At home St. Ange runs a global tourism consultancy and in that capacity remains a much-sought speaker for global aviation and tourism events.

St.Ange has stated his intent to stand for President of Seychelles when the elections are called later in the coming months. He is preparing for One Seychelles to contest the 2020 Presidential Elections and the following National Assembly Elections. 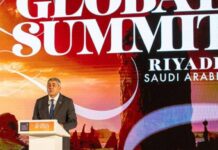 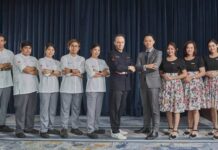 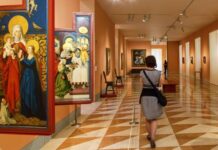