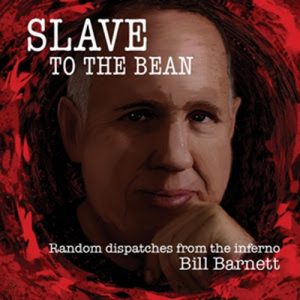 Phuket (Thailand) – December 26,2015 (travelindex) – One of Asia’s leading hospitality experts, Bill Barnett, shines a light on the good, bad and ugly of luxury hotels and travel in his acerbic new collection of twisted travel tales and 340 thread count hospitality dirty laundry, ‘Slave to the Bean: Random Dispatches from the Inferno’, to be launched tomorrow from 11am, Friday December 18th at Bangkok boutique hotel Ad Lib.

Barnett will launch the book along with an art exhibition of the illustrations that illuminate his entertainingly scathing and doom-laden musings, written during his dark nights of the soul in his home on monsoon-soaked Phuket or at 30,000 feet on aeroplanes winging his way to or from the centres of power, next-big-things and sizzling hotspots in Asia and beyond.

As one of Asia’s most respected and influential consultants in hospitality, an inveterate globetrotter and former long-time executive with prominent international hotel management companies and publicly listed organizations in both key and emerging markets, Bill Barnett is the ultimate hospitality insider, having acted as top-level advisor to hotel developers across Asia and beyond.

In ‘Slave to the Bean’ he distills his fear and loathing into a heady brew of dark apocalyptic visions, anecdotes, blunt views and spades called as spades, as he takes aim at his pet peeves and villains, from terrorists to backpackers and the ubiquitous bearded hipsters. It’s a rollicking, off-kilter, breathless read.

“Before I came to Asia, I used to think only girls wore lipstick,” Barnett says, musing on his three-decade-long highly-caffeinated careen through the corridors of power in big hotels and latterly as high level advisor and consultant.

Disruptive current events that came as an onslaught of pure craziness in 2015 become storylines throughout the book. Barnett’s running commentary is woven into the haphazard adventures of a professional traveler and punctuated by a live lived in seat 9D. “If you wanted the Disney version, you came to the wrong place,” he said.

The frenetic travel schedule that connects the stories in ‘Slave to the Bean’ was a habit learned early for Barnett, who by the age of 19 was road manager for Grammy nominated singer songwriter John Hiatt. He also worked for a record label, in music publishing,and as a rock and roll magazine contributor.

Restless and looking for a change he took to the road in the early 1980s, working as a blackjack dealer in Reno, driver on a dude ranch in Wyoming, night clerk of a wilderness lodge in Alaska, and at Alpine Meadows, a ski resort in Lake Tahoe, he had a near-death experience in an avalanche.

Barnett’s sideways journey to Asia began on a small island in Hawaii, when he was reading the story of Michael Rockefeller who went missing in Papua New Guinea. Chasing the ghost of Rockefeller, he sold all his belongings, bought a one way ticket to PNG and never looked back.

He arrived in the Philippines the day the People’s Power Revolution overthrew Ferdinand Marcos travelled around India for a year in a rattletrap car, and was the first American hotelier to work in post-War Vietnam.

In the past two decades has been appointed as asset manager of luxury properties managed by leading chains such as Four Season, Ritz-Carlton and Grand Hyatt to senior executive roles with international hotel chains. His start-up hospitality firm C9 Hotelworks has blossomed into a leading consultant in Asia Pacific with work this year in over 15 countries.

Over the past four years the Bill has written a series of satirical and hallucinatory tomes, including “Collective Swag”, “It Might Get Weird” and “Last Call”. This time out an inspired all-nighter and moment of clarity turned into a collaboration with the inspired, and somewhat tormented digital craftsman Jason Gagliardi who created stunning images for each story using only an Apple iPhone and iPad.

Gagliardi’s illustrations, created on the smartphones and tablets that have become such indispensable accessories to modern life, add to the surreal real-time punch of Barnett’s barbs and diatribes, usually beginning with his own photography and spanning everything from portraiture to digital painting to photo blending and manipulation, and other techniques done with any of up to 30 different apps.

Barnett, whose highly focused consulting firm C9 Hotelworks has firmly established its presence in Asia in hospitality, hotel residences and mixed-used projects continues to be a leading advisor and analyst on emerging markets and has pushed the groups presence into the Indian Ocean and Africa. Be it the Millennial trend of poshtels, adventure focused tented camps or else luxury hotel villas, Barnett is set to be in an airplane finding the next big destination in 2016. 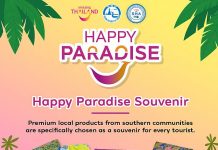 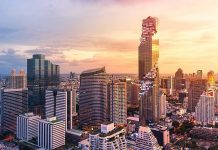 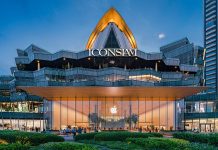