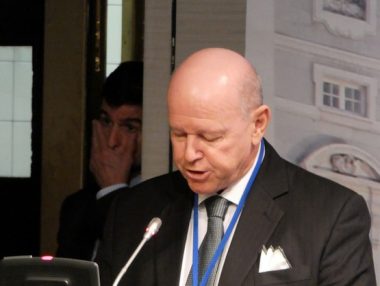 Madrid (Spain) – May 12, 2017 (travelindex.com) Forced to withdraw his candidature, Alain St Ange made an emotional speech in Madrid: I hope that the Seychelles people will be able to forgive me for not being able to now see this through. The full text of the speech reads:

It with mixed emotions that I stand before you all today.

I am filled with pride first and foremost at how far our small Island Nation, the Seychelles, has come in the race for the prestigious role of Secretary General of the UNWTO, the highest office of tourism in the world.

However, I am also filled with disappointment and regret that I cannot see this race to completion and cross that finishing line with my fellow candidates and esteemed colleagues.

I have dedicated my career to the field of Tourism. I have served proudly in my country as CEO for Tourism, following which I was appointed as Minister for Tourism and Culture. Later on I was entrusted with more responsibility; my portfolio was expanded to Minister for Tourism, Civil Aviation, Ports and Marine. In addition to this, I was a founding member of the Indian Ocean Vanilla Islands, and elected as the first President thereof. I worked diligently and tirelessly for my country throughout this period.

I have served as an Executive Committee Member for the UNWTO for the past two years, working hard alongside most of you for the betterment of world tourism, a privilege which I alone enjoyed amongst my fellow candidates.

I have always been passionate about the field and I remain excited to work with all of you in the future in some shape or form to further our ideals.

I resigned from my Ministerial role when I was inundated with support from various countries to pursue the role for SG following Mr. Taleb Rifai announcing that the end of term was coming. I entered the race for the post with the firm, heartfelt belief that Seychelles, as a small Island State within Africa, has a voice, that we matter, and that we have the capacity to be a leader in tourism in the global arena. In addition, I had, and still have, the conviction that we would have brought something entirely different to the table, an element of diversity, which only a small country with a melting pot of cultures like ours could.

I put my heart and soul into my campaign over the past five months, incurring great costs at my own expense, and meeting great people along the way.

I arrived in Madrid a few days ago with my ever supportive family and friends, only to learn soon after landing that my tireless campaign had been turned abruptly on its head. I was informed informally via telephone by the Vice President of Seychelles that my Island Nation had revoked my candidature. A few moments later the news spread like wildfire on social media.

Following the threat of sanction communicated by the African Union to Seychelles, the Seychelles had little choice but to bow to the demand and hastily revoke its candidature. It could be perceived as a display of bad faith by the Seychelles to revoke its candidature a mere two days before the UNWTO elections, after months of campaigning, but it must be remembered that Seychelles is a small Island Nation which is highly dependant on support from its neighbouring countries. Together we triumph, alone we fall.

Needless to say I am saddened that I will not have the opportunity to see the promise that I made to many of you to fulfilment. I will forever be grateful to those of you who pledged support for me in today’s elections, and to those of you who will continue to work with me for the benefit of global tourism.

My interests have always been and will continue to be for the furtherance of Seychelles and to forge important ties between the world tourism community.

I regret that I will not be able to honour my promise to the Seychellois people to take our Nation further than it has ever been before. I hope that the Seychelles people will be able to forgive me for not being able to now see this through.

It is important to note at this juncture, and to bring to the attention of the Executive Council of the UNWTO the reason for my address this morning.

Despite President Faure of the Seychelles withdrawing my candidature by way of a letter three days ago, there are procedural irregularities in his withdrawal letter which cannot be overlooked. The power to withdraw my candidature rests with me alone. He can, however, withdraw the Letter of Endorsement that he wrote which accompanied my candidature. Had he withdrawn the endorsement he graciously gave me, it would cause my candidature to fall.

A win for me would have been a win for Seychelles, and a win for Africa.  However, to contest his letter is to leave my country vulnerable to threat of sanction.

Though I would have served the UNWTO well and to the best of my abilities, and that I would have made my small country proud, and Africa proud, I can assure you that I will continue to dedicate my life to world tourism. With that said, although technically I am still a viable member for the position of SG, I am bound to comply with the firm directive of the African Union and the wishes of my country’s President, and regretfully bow out at this very late stage of the race with my head held high.

There are now five remaining candidates for the post of SG. I have met and interacted with all of them along the way. There are a few excellent prospects for the role, and it is my humble view that, if they are elected, they are capable of serving you diligently and lead you competently into the new era. With that said, I pledge my support to the future SG. I will strive to unify the tourism leaders so that we can continue to prosper the tourism industry.

With these few words, I wish to end with a quote from one of the great leaders of Africa, and of the world: Nelson Mandela.

He said: “A good head and a good heart are always a formidable combination.”

God bless, and I am grateful to you all and to my country for having given me the opportunity to run for the position of SG of the UNWTO 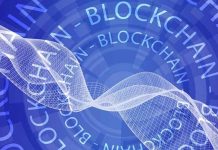 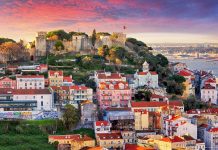