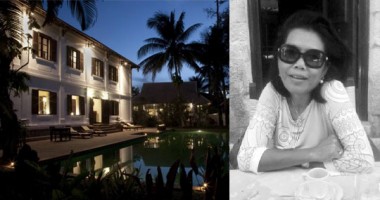 Luang Prabang (Laos PDR) – September 9, 2014 – Lamphoune Voravongsa is the owner and visionary behind Satri House, a colonial mansion that was built in 1904. Born in Laos, but exiled to France at a young age, Lamphoune returned to her roots 30 years later and opened her first shop in Vientiane which specialised in traditional garments, jewellery, paintings and antique statues.

She extended her business to include several shops in Luang Prabang before she bought the former residence of Prince Soupha-nouvong (the resistance leader who later became the Lao People’s Democratic Republic’s first president in 1975). Classified as a UNESCO Heritage site, Lamphoune restored the estate to one of the most stylish boutique hotels in Luang Prabang. Lamphoune’s passion to empower other women has led her to name the hotel Satri House, meaning ‘House of Women’.

Lamphoune Voravongsa shares:
“My ambition when I created Satri House was to show the rest of the world, the beauty of Laos – the indigenous lifestyle of its people, its simplicity, elegance and sense of grace. Inspired by Lao culture and built at the turn of the last century as the residence of Prince Soupha-nouvong, (the resistance leader known as the “Red Prince” who later became the Lao People’s Democratic Republic’s first president in 1975) Satri House is deemed the most stylish boutique residence in Luang Prabang. I like to share with guests my favorite spots to admire the sunrise, walk around the old town or along the Mekong, listen to the silence in temples… Just like all hosts in Secret Retreats, I like to let people feel how beautiful life can be here.”

Inspired by Lao culture at the turn of the last century, Lamphoune’s ambition is to show the rest of the world the beauty of Laos – the indigenous lifestyle of its people, its simplicity, elegance and sense of grace. She also plays an active role in a handicraft association, Satri Lao Silk, which is devoted to preserve Laotian traditions.

Satri House’s main building was built in 1904 by Prince Souphanouvong’s parents – often referred to as the “Red Prince” because of his political affiliations – Before becoming the first President of Lao People’s Democratic Republic, he lived here when he was a young boy. The extensions were built following the French Colonial Style. Satri House is one of the most exquisite places in this ancient city, where you can enjoy private moments to yourself and really unwind or sit and watch the everyday life of local people from your balcony. 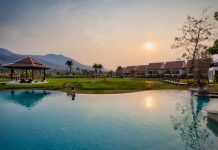 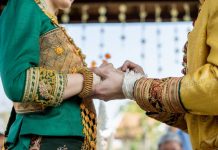