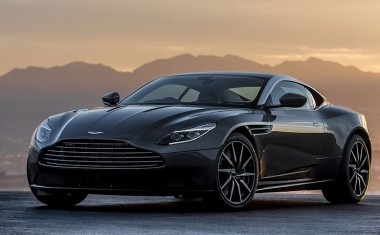 Aston Martin is not about fickle automotive fashion “here today gone tomorrow”. These vehicles are bespoke British sport cars with exceptional heritage, DNA ever since the brand was born in 1913. More than a century of automotive history and still in overdrive.

The Aston Martin stand at the BKK International Motor Show is one of the showstoppers. In the spotlight centerstage a DB 10 the ‘official’ James Bond 007 company car painted in Skyfall Silver flanked by the Vanquish AM’s Ultimate Grand Tourer, the game changer V12 DB 9 and Aston Martin DB11 is which debuted at the Geneva Motor Show in March 2016. Exterior pain cool Cinnabar Orange.

Behind the black front facade in the VIP lounge a relaxed Marek Reichman meets the press: TV, magazines and newspapers. He tells us: “I was born in the 60s in Sheffield what used to be ‘the steel city’”. His first name Marek gives an indication of his heritage, Polish blacksmith father and English mother. “I studied Industrial Design at Teeside University in Middlesbrough and later I got my master degree in vehicle design at the RAC Royal College of Art in London.

“And I’ve always been a car freak”, says Reichman whose design career kicked off with now defunct Rover Cars in 1991, Marek moved to BMW Designworks, California in 1995 to become Senior Designer. Here he led the overhaul of Land Rover design DNA for future production models, with the most significant of these becoming 2003’s new Range Rover. Remember the tag line: “The Best 4 x 4 x Far”

The new Design Studio is a cutting edge facility at the heart of Aston Martin’s operations. Designed, planned and constructed in less than 12 months, the elegant pre-fabricated timber structure received a RIBA Award from the Royal Institute of British Architects in May 2008.

The most recent creations to leave the Aston Martin Design Studio under Marek’s leadership include the DBX Concept, Aston Martin Vulcan and Vantage GT12 a piece de resistance unveiled at the 2015 Geneva International Motor Show.

He also led the design of Aston Martin DB10 concept car, used in the James Bond Spectre movie. It took the team only six months to create the Bond vehicle. Only four units were produced. One of those DB 11’s was featured recently on Jay Leno’s Garage with Jay at the wheel on a California highway and Marek riding shotgun.

A question. The top automotive design schools today? Marek Reichman answers: “Art and Design Center Pasadena, California, College for Creative Studies, Detroit, Umeå Institute of Design in Northern Sweden and of course my Alma Mater Royal College of Art (RAC). “How about, female students?” “About 30-35 percent. The number is increasing”.

As the interview comes to an end I notice the Aston Martin High Definition TV commercials on the Bang & Olufsen Beovision flatscreen television next to the designer sofa. B&O Beosound of course, is the bespoke sound system for Aston Martin. Form and function, again.

Marek Reichman concludes before we say goodbye, “Aston Martin is not a brand, like ‘washing powder’ it’s a marque and our motto is “Power, Beauty and Soul. Est. 1913. Hand built in England. Today 94% of the 70,000 Aston Martin’s built still exist”, says the Chief Creative Officer and thanks the journalists and he is off to the next meeting. 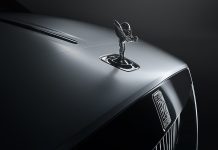