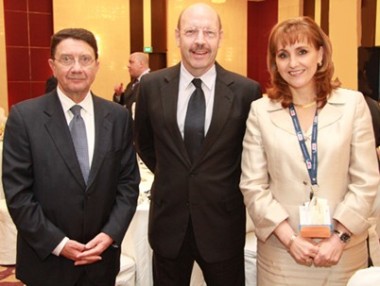 Bangkok (Thailand) – April 30, 2013 – The Pacific Asia Travel Association (PATA) has organised its first PATA Annual Summit 2013 in the Thai capital at Centara Grand at Central World Hotel in Bangkok, with the theme of “Embrace the Complete Visitor Economy”. The Summit focused on global issues and advocacy, while PATA CEO Martin Craigs, was stressing the benefits of the ‘visitor economy’ as a formidable force that every government should embrace and nurture.

Former Secretary of Tourism, Mexico and G20 pioneer, Ms Gloria Guevara and President of Boeing Southeast Asia and former US Ambassador to Thailand, Mr Ralph ‘Skip’ Boyce, were the keynote speakers. World tourism industry leader Taleb Rifai, the Secretary General of the UNWTO, emphasized why a holistic, inclusive approach towards the “complete visitor economy” is vital for root and branch socio-economic development.

Ms Gloria Guevara, Former Secretary of Tourism, Mexico and G20 pioneer and Skip Boyce both narrated about their first-hand insights and experience to the complete visitor economy challenge. Many travel industry professionals listened keenly to the insider expertise and they lessons they have learned along the way. It was a Summit of the highest quality that will definitively enhance the perception of the industry.

Bernard Metzger, Founder of Travelindex and Chairman of the Travel & Tourism Foundation was a participant at the Summit and was impressed by the quality of speakers and the massive networking occasions among peers from the travel industry. Metzger said “The PATA Summit creates unique opportunities for dialogue and exchange of opinions while helping to refresh contacts and hold discussions during face-to-face meetings.”

PATA’s role over the foreseeable future is to lead the industry in raising the profile of travel and tourism, and increasing recognition of, and respect for, the importance and influence of the Visitor Economy and its potential to drive societal development in the region. 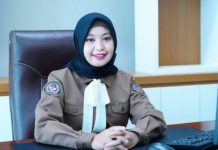 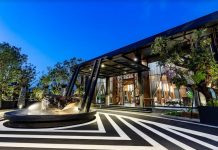