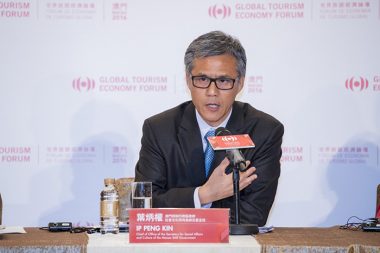 Macau (Macau SAR) – September 21, 2016 (travelindex.com) – The Global Tourism Economy Forum, scheduled to be held at Studio City Macau from 15 to 16 October 2016, will dedicate its 5th anniversary edition to the theme of “The Growing Consumer Class – Rethinking and Reshaping the Future Tourism Landscape” and will zero in on how this rising resourceful and tech-savvy group is more than ever the increasingly influential force in the tourism industry.

In his speech during the press conference, Chief of Office of the Secretary for Social Affairs and Culture of the Macao SAR Government, Ip Peng Kin, stated that gaming and tourism industries stand as the pillar industries of Macao. While facing adjustments in gaming receipts as well as the quest of economic diversification, it has become a major issue to explore on ways to develop non-gaming industries and a greater variety of non-gaming elements. Through profound discussions on the change of consumption patterns, the Forum will offer a golden opportunity for Macao to turn the above goal into reality. With an exchange of insightful perspectives and sharing of experiences, the Forum will play an active role in opening up new horizons for the local tourism and leisure industry and fostering the city’s development into a World Centre of Tourism and Leisure.

Vice Chairman and Secretary-General of GTEF, Pansy Ho, expressed her gratitude to the entire Macao community for its continuous support. During her introduction of this year’s theme, she underscored the immense power of the growing consumer class and the many dramatic changes it brings to the global economy. “The consumer ecosystem has been transformed from a provider-driven ‘old economy’ to a consumer-driven ‘new economy’. This edition of GTEF will explore how the growing consumer class is reshaping the global tourism industry, and how their consumption behavior and use of technology has brought unprecedented changes to the industry,” she remarked.

In celebration of its 5th anniversary, GTEF has invited France and Beijing to grace the Forum as its featured partners this year. Featured as GTEF’s Partner Country, France will bespeak how the country continues its cultural legacy and maximizes its spread of influence beyond borders through cultural exchanges in a session titled “France: Arts and Culture as Drivers of Tourism”. Featured as GTEF’s partner city, Beijing Municipality will showcase the state capital as an epicenter of Chinese culture and economic power, shedding light on China’s three millennia of history and heritage and on the distinctive preferences of Chinese consumers.

GTEF 2016’s thought-provoking program will begin with its signature “Face to Face, Ministers and Private Sector CEOs” session in collaboration with the World Tourism Organization (UNWTO), where leadership from the public and private sectors will tackle the subject of “Harnessing the 1 Billion+ Opportunities”. Industry leaders will share various insights in sessions such as “Maximizing the Dualities of the Chinese Consumers”, “Embracing the Multi-faceted Chinese Travellers” and “Tourism and Technology: the Inseparable Duo”.

During the Forum, UNWTO and the Global Tourism Economy Research Centre (GTERC) will present their third Joint Annual Report on Asia Tourism Trends, with special chapters on travel trends driven by the growing consumer class and tourism investment (infrastructure investment and human capital investment), providing once again an in-depth analysis of the latest tourism development in Asia.

GTEF is committed to contributing to the development of Macao into a World Centre of Tourism and Leisure and promoting moderate diversification of the local economy. This year, GTEF has initiated a MICE hospitality training programme in partnership with the Institute for Tourism Studies (IFT) for the first time. 20 participating students will be trained in hospitality roles such as VIP guest reception and exhibition ambassador during GTEF 2016. Offering a rewarding experience, the training programme will prepare the students for a future career in hospitality. In addition, GTEF plans to launch a series of internship programmes in 2017 for local tertiary students dedicated to pursue a career in the field of MICE tourism. Further details will be announced in later dates.

Dedicated to strengthening its function as an exchange platform valued by delegates, GTEF 2016 offers free access passes not only to local tertiary students but also to members of local tourism community to meet with tourism and economy ministers, government officials as well as key decision makers from the world’s foremost tourism and tourism-related enterprises; to establish new contacts and explore business synergy and collaboration.

On the other hand, GTEF will publish the Experience Macau Travel Guide, introducing delegates to the unique cultures and tourism resources in different districts across the city, for the purpose of promoting community tourism in Macao and broadening GTEF’s positive impact to the community at large. 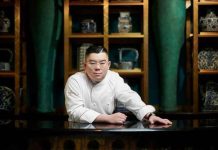 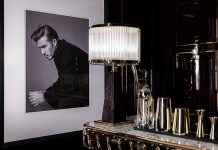 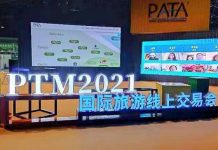