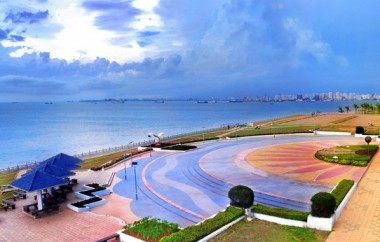 Following a welcoming reception this evening, the event will welcome industry leaders from around the globe to two days of discussions on April 24th-25th.

In 2012 China was the world’s second largest tourism economy, in terms of total contribution to GDP.

However, by 2023 it will have become the world’s largest tourism economy, displacing the USA, according to figures from WTTC.

Whether operating in the private or public sector, any senior executive engaged in tourism has to understand this growth phenomenon, and what it means to their country or business.

Addressing the press ahead of the summit WTTC president David Scowsill said: “Following our successful summit in Beijing on 2010, we are coming to China again as it is a major driver of the global growth of our industry.

“Our economic research forecasts that China will overtake the United States to be the biggest tourism economy in the world by 2023.

“It is also fitting that we are in Hainan, China’s only tropical island province and largest special economic zone.

Hainan Island itself, where The Global Summit will take place, is a tropical island about the size of Belgium, with an emergent and thriving tourism industry.

In 2011, World Travel & Tourism Council’s research department was commissioned by the government of Hainan Province to produce a special report on the development of tourism in the province.

The results can be seen here.

The Global and the Regional Summits are the world’s highest-level gathering of tourism executives, government representatives and international media, working together to unlock our industry’s significant potential for sustainable worldwide development and economic growth.

Attendance at Global and Regional Summits is by invitation of the World Travel & Tourism Council and the Summit Host Committee only, and is reserved for those who lead tourism enterprises and organisations in the private sector, or participate in public sector policy and support of the sector.

More on the official http://www.wttc.org/