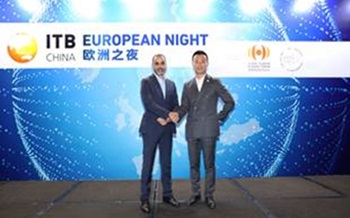 Macao (Macao SAR) – May 30, 2018 (travelindex.com) – The Global Tourism Economy Forum (GTEF or the Forum) kicked off the China roadshow to promote its seventh edition at ITB China at the Shanghai World Expo Exhibition & Convention Center on May 16, 17 and 18. As an official partner of the 2018 EU-China Tourism Year (“ECTY2018”), GTEF sponsored and co-organized the ITB China European Night with one of its prestigious supporting units, European Travel Commission (ETC), to introduce GTEF 2018 and facilitate exchanges between Chinese and European tourism stakeholders.

GTEF 2018 is scheduled to be held at MGM COTAI on October 22 and 24, under the theme “Strategic Partnership in a New Era, Rising Momentum for a Shared Future”. Presenting EU as the Partner Region and Guangdong Province as the Featured Chinese Province, GTEF 2018 will explore how the EU, the second-most popular destination for outbound Chinese tourists outside Asia, and the Greater Bay Area in Guangdong Province, soon-to-be the seventh largest economic bloc in the world, can use their collective effort to create a new catalyst for global economy. GTEF will also offer tourism promotion, investment and cooperation opportunities through bilateral trade meetings, business matching, networking, workshops, exhibitions, etc.

About Global Tourism Economy Forum
The Global Tourism Economy Forum (GTEF) is hosted by the Secretariat for Social Affairs and Culture of the Macao SAR Government, co-organized by the China Chamber of Tourism under the authorization of All-China Federation of Industry and Commerce (ACFIC), and coordinated by GTERC in collaboration with UNWTO. GTEF’s supporting units include the Former China National Tourism Administration, the Liaison Office of the Central People’s Government in the Macao SAR, Office of the Commissioner of the Ministry of Foreign Affairs of the People’s Republic of China in the Macao SAR, World Travel and Tourism Council (WTTC), Pacific Asia Travel Association (PATA), World Tourism Cities Federation (WTCF), European Travel Commission (ETC) and Macao Government Tourism Office (MGTO). 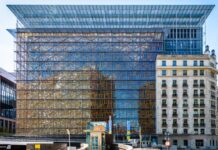 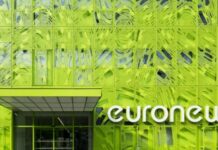 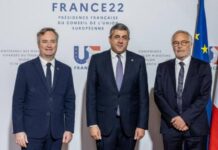 Work Together and Make Tourism Pillar of Peace, UNWTO to EU Ministers